Arsenal, Atletico Madrid and Everton are reportedly interested in Gremio forward Luan, after his impressive performances in the Copa Libertadores.

Luan was in fine goalscoring form for Brazilian side Gremio on the way to lifting the Copa Libertadores. Now according to Calciomercato, Arsenal, Atletico Madrid and Everton are interested in signing the forward, who could cost around £26m.

The 24-year-old has been predicted to move to Europe before, but he seems content in Brazil at the moment. He was quoted by the Sun as saying: “I’m not in a hurry to move to Europe. The ideal moment is yet to come.” 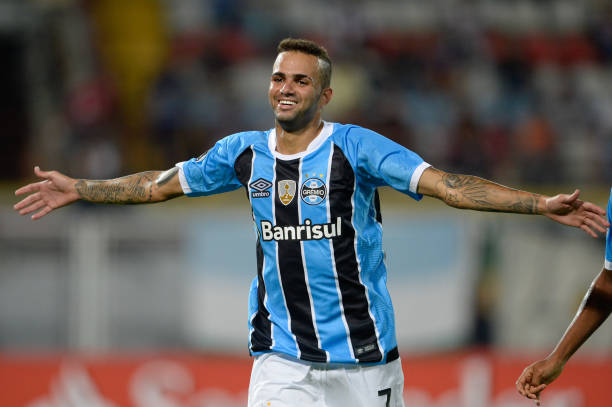 Luan has scored and created 13 goals in 20 Brazilian Serie A appearances this season, and may be a good replacement if Alexis Sanchez leaves Arsenal in January or next summer.

Arsenal might struggle to obtain a work permit for the forward, however, given he only has two caps for Brazil. The Gunners seldom buy players straight from South America due to these difficulties.

Luan scored eight times for Gremio in 12 Copa Libertadores games, and was a key player as they defeated Lanus over two legs in the final. In my opinion, he might be a useful player if Arsenal could get a work permit.

Arsenal player hoping to terminate deal and move to Spain