Arsenal travel to Selhurst Park to face Crystal Palace in the Premier League on Thursday night, hoping to get back to winning ways against the Eagles.

The Gunners drew 3-3 with Liverpool last Friday, but hopefully this match should be a bit more straight-forward. Palace are 16th in the table, despite a good recent run of form, so Arsenal can’t afford to slip up.

Fortunately, the Gunners had a six-day break to recuperate, which is more than most other teams received, Palace included. The Christmas period is notoriously busy, but Arsenal’s hectic schedule comes after this match, thanks to TV scheduling alterations.

Memories of the 3-0 loss at Selhurst Park earlier this year are sure to be fresh in players’ minds. The defeat ended an unbeaten run lasting 23 years and 14 matches between the two sides. 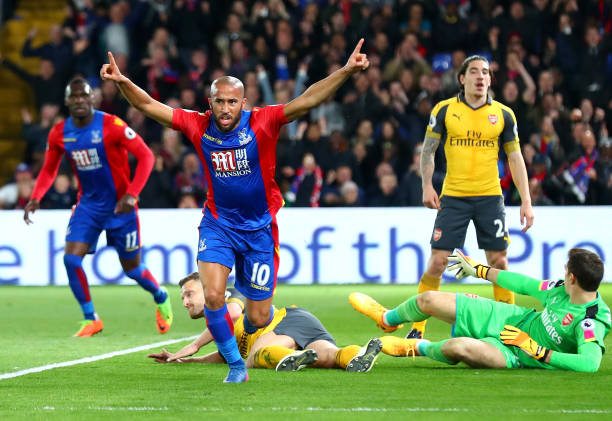 In truth, Arsenal deserved to lose as they were extremely poor that day. They’ll need to be a lot better on Thursday night. The 26 wins against Palace should be a good omen.

The line-up could be relatively similar to the one Wenger selected against Liverpool, considering the near week-long break.

Nacho Monreal is the only new player to pick up a knock, so he’ll miss out. But Aaron Ramsey and Olivier Giroud’s injuries prevent too much rotation anywhere else.

I think Ainsley Maitland-Niles will keep his place, as he’ll be up against pacey players in Wilfried Zaha and Andros Townsend.

Zaha is the strongest performer at the moment. He’s scored one and assisted one in the last four games, and was heavily involved in both goals in Palace’s 2-1 win over Watford. He’s definitely the player to look out for.

Arsenal may struggle to keep him quiet, particularly given their weakness to fast counter-attacks. But hopefully the Gunners can be even more dangerous offensively.

If you live in the UK, Crystal Palace vs Arsenal kicks off at 8pm. Sky Sports Premier League are showing it live.