Neil Warnock says he couldn’t cope with the abuse Arsène Wenger gets, and would have left long ago if he received the same kind of criticism at Cardiff.

Warnock was talking to this week’s edition of The Football League Paper, and recalled how he used to get tactical advice imposed on him by the Notts County chairman, who in turn had been given the tips by his gardener.

The 68-year-old says things are even worse nowadays, with the rise of social media giving pretty much every fan in the world a voice. He admitted having sympathy for Arsène Wenger in this regard, explaining: “Some of the bile that comes out online is awful. I couldn’t do an Arsène Wenger, ploughing on through all that criticism. 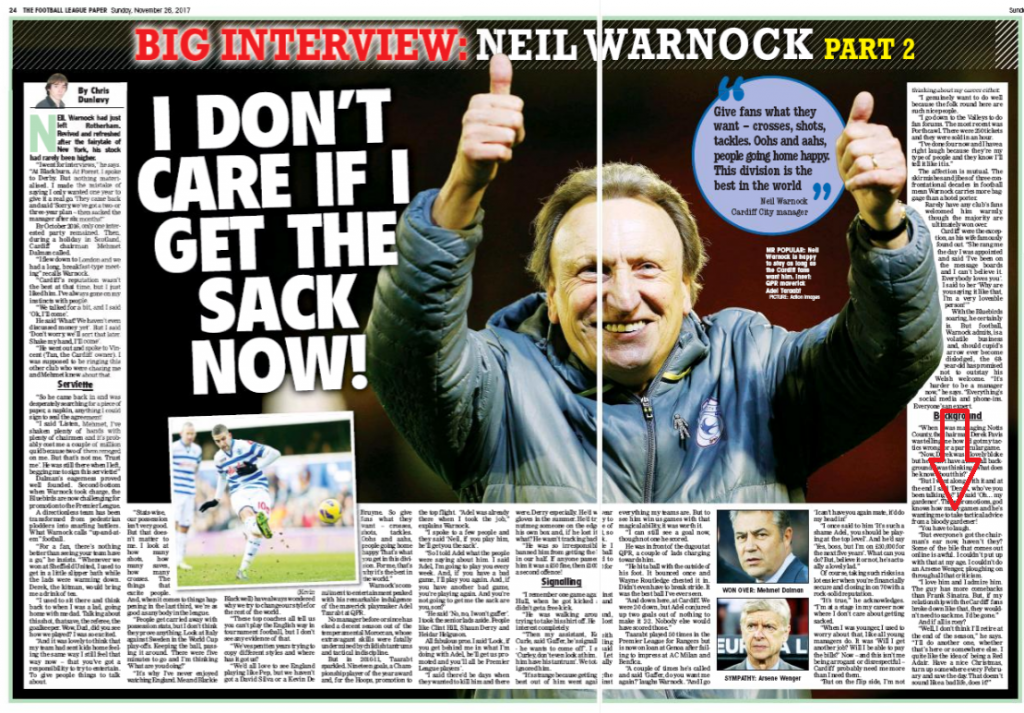 “I love him and I admire him. The guy has more comebacks than Frank Sinatra. But, if my relationship with the Cardiff fans broke down like that, they wouldn’t need to sack me. I’d be gone.”

It’s not difficult to see what Warnock is talking about. When Arsenal win, most of the fans keep quiet (temporarily). However, when the Gunners lose, I don’t think it really matters what decisions Wenger has made, he’s going to get criticised for pretty much all of them. Even if he picks the strongest possible eleven available, and makes all the substitutions the fans were calling for, it’d still be his fault.

Perhaps it’s even more concerning that other managers are so aware of the criticism that it’s become their stock example. It shows that it’s not just confined to the realms of social media.

Regardless of it all, Arsène has repeatedly signed new contracts anyway, so perhaps he’s one of only a few people who aren’t bothered by that kind of thing.