Despite being dropped for another big away game, Alexandre Lacazette isn’t too concerned.

The 26-year-old started on the bench against Manchester City for what Arsene Wenger later claimed was for “tactical reasons”. It was the second time this season that the club’s record signing was left out of the starting line-up for a big game.

Wenger placed him on the bench when the club visited Liverpool in September. While fans and pundits alike feel these were terrible decisions, Lacazette himself is calm about the situation.

According to his agent, David Venditelli, everything is fine between Lacazette and Wenger. “It’s not worrying, because he played at Chelsea,” Venditelli told SFR Sport. 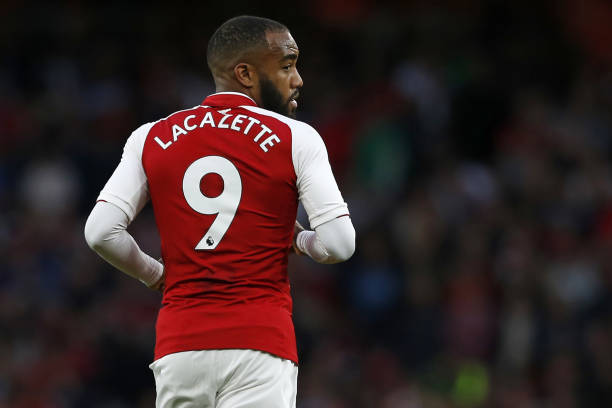 “Our way of working is to relativise things: 11 matches, nine starts. Of course, it’s not nice to see that he didn’t start that match, but it was — as Arsene Wenger explained — for tactical reasons.

“He’s learning. Alex needs to have calm around him. He’s happy, and Arsenal are too with his work. It’s not because a player doesn’t play, even though it’s two important games of course. He would have preferred to have played them.”

Suggestions that Lacazette should confront Wenger about the situation was dismissed by Venditelli, who said it wasn’t time for such drastic measures.

“When you’re outside the club, I can understand the questions,” he added. “I understand, but I think Alex isn’t complaining about his playing time, even if he would prefer to start games like those against City or Liverpool.

“But he talks to the manager, the staff — there’s no problem. Afterwards, there’s a choice made. You can’t, every time your player doesn’t play, even if it’s Alexandre Lacazette, knock on the door or pick up the phone and talk to the manager. No, no, it’s not time yet. Everything is fine.”

Lacazette has appeared in all 11 of Arsenal’s Premier League games so far. He’s the club’s top scorer with six goals. His most recent goal came off the bench against City.

Whatever tactical reasons Wenger came up with, it’s always difficult to justify leaving out your top scorer and best striker out of important games.

Arsenal struggled to find any quality in the final third until Lacazette came on and scored the first chance that came his way. It’ll be interesting to see if he starts against Tottenham after the international break.