Aaron Ramsey has hailed Mesut Ozil’s performance against Huddersfield, calling the German playmaker “fantastic” after fighting off an illness to star on Wednesday night.

The German was absent for Arsenal’s 1-0 win over Burnley due to illness, but came straight back into the side on Wednesday night.

He looked sharp all night, but really came to life in the second half as he provided two goals within minutes of each other. 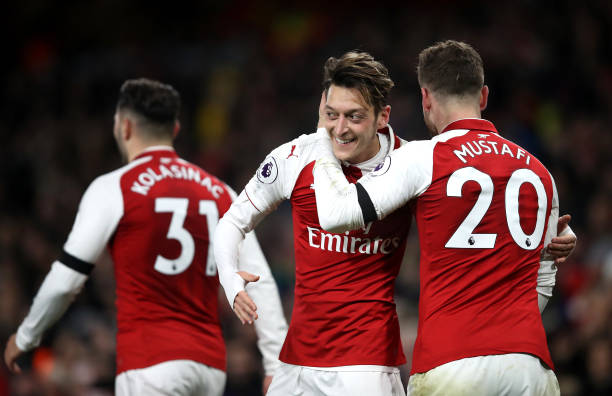 Ozil then went on to score himself with a clever dink over the goalkeeper. Ramsey was suitably impressed with his performance.

“Mesut Ozil was ill for the Burnley game but his batteries were recharged and he was fantastic tonight,” he said, as reported by the Daily Star.

Ramsey himself was also excellent as he provided two assists. His first was an impudent flick to set-up Alexandre Lacazette for the opening goal.

In the second half, he played the through pass for Ozil to latch onto and put away for Arsenal’s fourth. 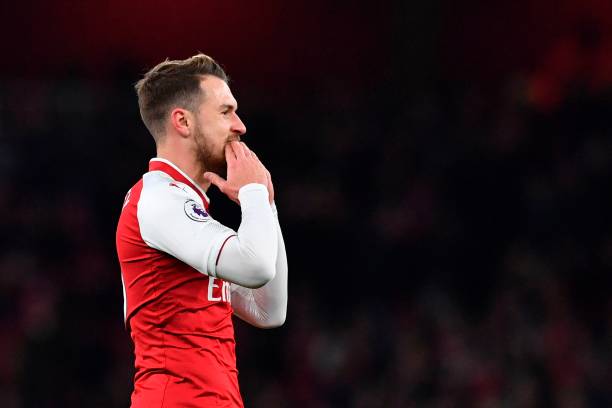 Huddersfield had a torrid time trying to cope with the pair of them, who were seemingly creating chances at will.

Arsenal will now be hoping that the two put in another fine performance against Manchester United on Saturday.

Jose Mourinho’s team will likely be a tough nut to crack. We’ll need Ramsey and Ozil to be at their best if we’re to break them down.

The two Arsenal midfielder both have five assists this season.