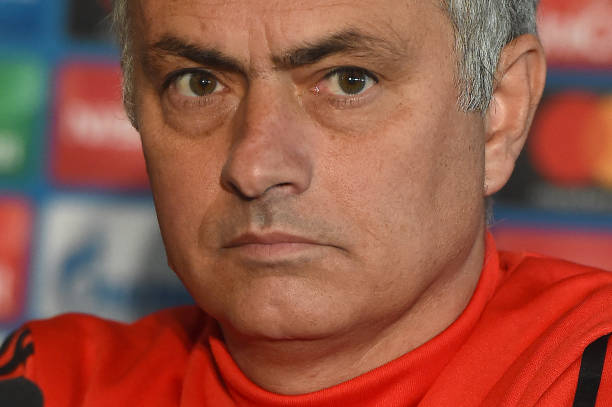 Jose Mourinho has managed to name drop Arsenal during another rant.

The Manchester United manager has gotten his pants in a twist over the Christmas fixture schedule.

Mourinho’s side travel to Leicester for a late kick-off on 23 December and then play Burnley at home on Boxing Day. Arsenal play on 22 and 28 December, which is somehow our fault…

“There are certain things we can argue,” said the Portuguese manager.

“For example, here’s another theme. And you probably have to agree with me.

“You know, I wish them a Happy Christmas because they are going to have a Christmas while others, they play 23-26.”

The Christmas fixture schedule isn’t exactly new. It’s always congested and it’s usually exhausting for the players. It can also be frustrating because, while Boxing Day football has become something of a British tradition, it’s mainly designed to bring in the big bucks for the TV broadcasters.

The Gunners were originally supposed to play Liverpool on 23 December but, since it’s such a big match, Sky wanted to be able to broadcast it. This meant moving it either to Christmas Eve, which caused a massive backlash, or 22 December, which is what was agreed upon.

Our match against Crystal Palace just so happens to be on 28 December, which does give us a slight advantage over other teams in the league, since most are playing on Boxing Day, as Mourinho says.

However, the manager needs to take it up with the TV broadcasters and Premier League, not act as if Arsenal have never had to play on Boxing Day in their history.