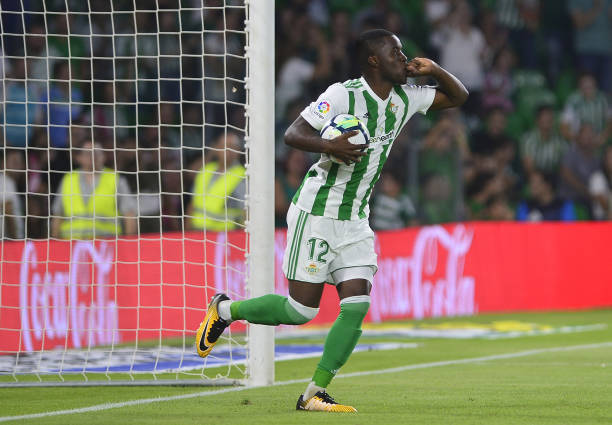 Campbell had only just returned to action after spending almost three months on the sidelines following a knee injury he suffered while playing for Costa Rica in July.

However, the forward’s now destined for three more weeks out of action after straining a ligament in his ankle during his fourth appearance for loan side Betis against Espanyol on Monday.

As Daily Cannon reported on Tuesday, the winger was injured by a tackle from Espanyol midfielder, Papa Diop, in the final minute of his side’s 1-0 defeat.

The player’s national team coach, Luis Marín, said: “We regret the fact that he is injured, he is a player that we had in our plans. Thank God it is not serious and in three weeks he will be competing again, this is part of football.”

The 25-year-old took to Twitter to admit that while this is a ‘hard moment’, he’ll be back soon.

He also wrote on his personal website [via Google translate], “[It is a] difficult moment but quiet, God knows why he does things, I’ve been through worse things although I come from a long injury but I’m calm with a lot of faith and with a lot of calm. I know that the good things will come, now to recover, to get strong to continue working to be back as soon as possible.”

Since signing for Arsenal in 2011, Campbell’s not had the easiest ride. At first, he was denied a work permit and was loaned out to Lorient. However, even with the permit secured, he was sent out to Betis, followed by Olympiacos and Villarreal.

The forward had a brief spell in Arsenal’s first team in 2015/16 when he made 19 Premier League appearances, scoring three goals and assisting three. However, this was down to first team injuries rather than Arsene Wenger actually having faith in him as both Theo Walcott and Alex Oxlade-Chamberlain were sidelined after a League Cup clash against Sheffield Wednesday.

This season, he found himself back at Betis.

Campbell has found the back of the net once and provided one assist during the four matches he was fit for the La Liga side.

Hopefully, the Costa Rica international will be back on his feet soon. He will, however, miss the next round of international fixtures.

About that, he wrote, “They were important matches, nice friendly but unfortunately this injury happened to me that are things that happen in football, I have to go ahead and work and recover, and new games will come, new calls and now fight to be in the following. It has been complicated but God has a purpose for each one and with faith and work will come better things”