Chelsea are looking to beat Manchester United and Barcelona for Mesut Ozil’s signature, according to latest reports.

The 29-year-old is out of contract in the summer and has been linked with a number of clubs.

According to Sport Bild via the Express, Chelsea have joined Manchester United and Barcelona in the race to sign him.

The report states United and Barcelona are being put off by Ozil’s excessive wage demands, something that wouldn’t be a problem for the Roman Abramovich-backed Chelsea. 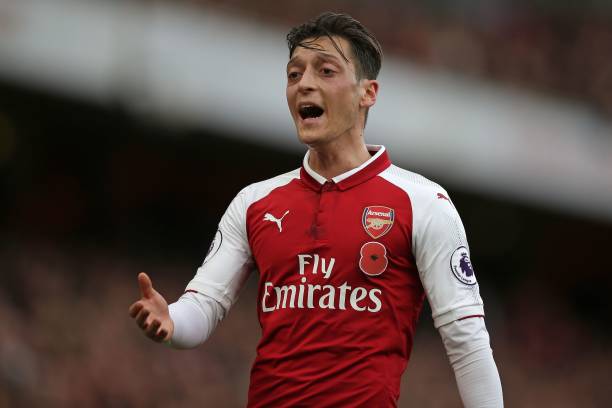 Nobody is quite sure what the future holds for the 29-year-old, as his contract situation continues to be unresolved. Unlike with Alexis Sanchez, there is still some hope that Ozil could extend with Arsenal.

Arsene Wenger has been full of praise for the midfielder this season, and believes he wants to stay at the club. In the meantime, links with other clubs keep appearing.

Manchester United have been the most frequently attached to his name, while Barcelona have emerged as a suitor in the last month.

Ozil would reunite with former Real Madrid manager Jose Mourinho at United, while Barcelona reportedly consider him an alternative to Liverpool’s Philippe Coutinho.

Chelsea are the latest team to be linked with him, but time will tell how serious that link is. The Blues have a lot of midfielders and forwards competing for places.

Ozil has two goals and five assists this season, and is starting to find some good form again.