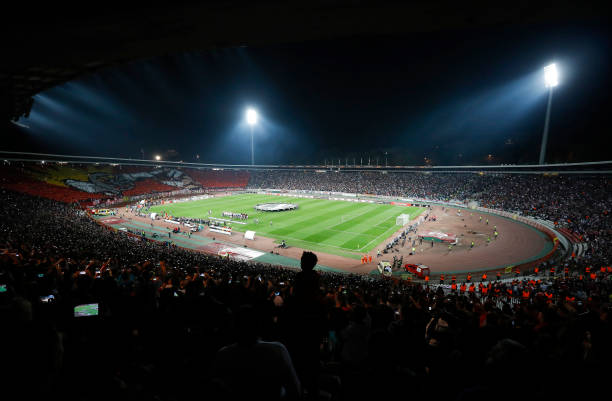 Ah, the Europa League! Some hate it, some refuse to acknowledge it but I think most Arsenal fans have grown to love it over the past few group stage matches. Well, at least I have!

Last season, when my boyfriend’s Man United was playing in that “puny little cup”, I naturally mocked it and made fun of Spursdays long before that. But, as soon as it became clear that Arsenal were about to join the charade, it slowly started growing on me.

As you know, I live in Croatia, far away from the Arsenal, and I’ve got to watch our lads live only twice in my life, so the size of Europa League and the fact it gathers a decent number of clubs from my region meant there was a big chance Arsenal would get drawn against a club not far away from where I live, and I could go see them. Unfortunately, Croatia ended up with only one representative in the competition (out of a potential four), but there were clubs from Slovenia, Serbia, Italy, Austria – all close by.

I was, of course, hoping we would get Rijeka, the only Croatian club, but alas, it wasn’t meant to be. Instead, we got the coveted Crvena Zvezda – Red Star, from Belgrade, Serbia. Sure, it’s a country we share a border with, but, as you might know, the recent history is not very friendly, plus the Zvezda fans, Delije, have a certain reputation.

At first, I was frustrated and sad and not even thinking about going. Then I changed my mind. Well, we did – actually my boyfriend convinced me we should go. And things just started happening after that.

As we recently bought a car, a roadtrip sounded perfect. We looked at the map, and it said Belgrade is only four and a half hours away – nothing! The prices in Belgrade are generally lower than here, so we wouldn’t have to save up for 6 months like we did for our trip to London.

Luckily, both our bosses are great so getting a few days off work wasn’t a problem either. We decided to make a nice vacation of it so we booked a flat on AirBnB (whose host was actually a Zvezda fan himself!) for four days. I asked a friend if he could get us tickets – and that was it, everything was done and ready. We just waited for October 18th to come.

As I mentioned, recent history between Serbia and Croatia is not nice at all, but I won’t get into that. Our families, especially my grandma, were a bit worried (what if someone attacks you? what if they do something to your car? what if Delije attack you because of Arsenal kit?) but we convinced them it was all going to be okay. I had to promise I wouldn’t be wearing my kit around Belgrade just in case, and I kept that promise – I was worried myself about that part too.

So we sat in our little Ford Fiesta on the Wednesday and went on our first ever road trip. Thanks to modern technology, everything went well and we had no problems navigating through a strange and chaotic city. And, when I say chaotic, I mean chaotic. That was the first impression of Belgrade that we got! There’s A LOT of cars and they are all honking their way through the city. Luckily we didn’t plan to use our car again until the trip home!

We arrived in the afternoon and unpacked in our lovely studio flat. Our friendly Zvezda fan host gave us some tips for around town and we went out to grab something to eat.

Belgrade is a massive city

As we were staying in the old part, that’s what we explored. There is, as mentioned, a lot of cars everywhere. The buildings look old and like they could use a good wash, but some of them are modern, while some others are just simply breathtaking. One thing we noticed was the amount of parks in Belgrade, and how nicely landscaped they are. The parks look much better than in our town here in Croatia and we loved that part particularly. On the first day we just went for a pint and food and to see where the buses would collect us before the match on Thursday.

On the matchday, we went for a pub lunch and one more stroll around town before meeting up with fellow Gooners. You couldn’t see many around town earlier in the day as everyone got a memo to not wear any Arsenal symbols to avoid possible confrontations with Delije. As the kick off approached, more and more Gooners showed their colours and I kinda felt bad for leaving my Nacho Monreal kit in the suitcase.

We went to check out the Gunners Pub – an obvious spot for the Gooner meet up. The whole street was surrounded by police. There were police all around the city, but this is where most of them gathered. There I got a chance to meet Miloš, our guest on the podcast before the match, from Arsenal Serbia. There weren’t too many Gooners there, so we moved on. Plus, earlier we heard some rumors that Delije planned to attack the place, and it seems that the police heard that too as they later closed the pub completely.

We finally met with our friends from London in a pub close to the square where the buses were picking us up. It was so nice to see friendly faces again and have a pint! We were joined by a group of Russian Gooners who arrived all the way from Moscow. That was exciting, because I was friends with Irina from Russia on Facebook and we never met until that day. This is why I love going to (even these little) matches – meeting fellow Gooners that I chat with so often online. It will never get boring!

After a few more pints (of course) and even more Gooners from all over Europe (and fellow Croats too), we boarded the buses. It was a great organisation from the club organisation because stadium is on the other side of the town and it wouldn’t be fun walking back at night. There was some chanting on the bus which made me even more excited about everything.

We arrived at the stadium and were stunned right away. It looks a lot better than what we have in Zagreb, and that crowd was just amazing. There were 52.000 people there! Besides the Giroud goal, the crowd was the best part of the whole matchday experience. They just didn’t stop singing the whole match. They had two tifos (fan displays) ready, one at the kick off and one at the beginning of second half.

The chanting was planned as well – a few times the stand with the most die hard fans, Delije, started chanting the name of one of the other stands, then fans there acknowledged them, and then they started chanting together – first Delije, then the called-out stand. It’s something we see in Croatia sometimes but it is a lot more impressive when it’s 20ish thousand fans doing it. They jumped, clapped, booed, cheered. It was amazing. I didn’t think I would like it this much.

Of course, we chanted as well. There were the usual Arsenal chants, with Giroud’s song the loudest after he scored and at the end when the players came to greet and thank us.

The match…ah, don’t get me started. I didn’t enjoy the play, we didn’t look particularly good and could have been 2-0 down by half time but thank Giroud we made it out with three points.

We knew we would be kept in the stadium for some time until all the home fans left and it was safe for us to go out. But, Delije stayed inside the stadium for an hour after the final whistle. Singing. Constantly. It was amazing. They lit up two flares then as well, and we greeted their chanting a few times. Everyone was impressed and enjoyed it.

What we didn’t enjoy was one more hour of standing after all the Delije left. It was cold and frustrating, waiting for two hours after the whistle. That’s partly why I am sick while writing this! We even lost the will to go out drinking. We had a 45 minute walk home from where the buses left us, we were cold and hungry, and were still a bit worried about Delije – I have to admit. So we decided to call it a night, grab a burger and head home.

The next day was all reserved for sightseeing. We visited all the major sights in Belgrade – the Kalemegdan fort, the St Mark’s Church, the main square, the Temple of St Savo. We walked around the military museum, where they have A LOT of cannons on display. We had some local food in their famous huge portion sizes. It was a wonderful day spent out exploring, after the chaos and cold and beers the day before.

On the last day, we packed early and headed back home, with one more stop in Osijek back in Croatia.

We are definitely glad we took this trip, and I’m really happy my boyfriend convinced me to go.

Belgrade is a lovely city which we probably wouldn’t visit other way. Hanging out with Gooners and seeing my club live is always a special moment. It was amazing to see all the people from all the various parts of Europe coming together for Arsenal, cheering the same songs, while also enjoying the chants from other die hard fans – all without any incident and so much friendliness all around. Away trips are just the best!

Plus, I’m now two wins in three when it comes to Arsenal matches, so bring on the next one!

Maybe we can get someone closer to home in the knock out stages.