Aaron Ramsey won a penalty for Arsenal deep into stoppage time to allow the Gunners to win late on at Burnley, but it was what happened afterwards that got fans worked up.

Ramsey, having won the penalty, then got into a scrap with the complaining Burnley defenders.

He showed the kind of desire all fans want to see from their players, especially after a match as tight and tense and that one. 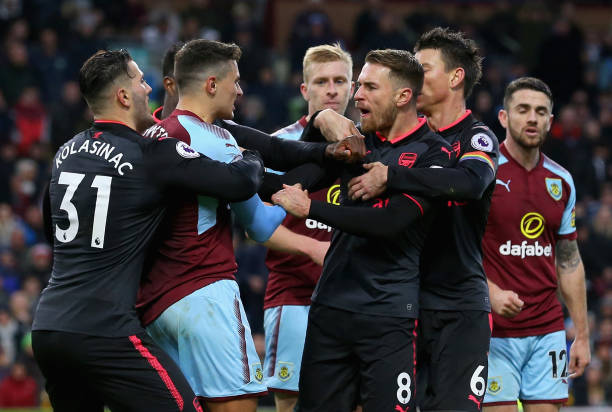 Arsenal fans couldn’t contain themselves as the emotion of the match came to a head in the final moments, and seeing the players react the same way was particularly satisfying:

Other fans were pleased to see Kolašinac helping his teammate out as well, as solidarity sometimes appears an underrated attribute in the Arsenal dressing room:

lmao Sead is ready to scoop the guy from behind like a tractor. ❤️❤️ https://t.co/1KnrjByS5a

Kolasinac was about to suplex him

But other fans seemed pretty sure Aaron didn’t need any help, as the Welshman seemed to have things under control on his own:

Once again, Alexis Sanchez stepped up to the spot against Burnley in injury time and converted the penalty, sending fans – and the team – wild. 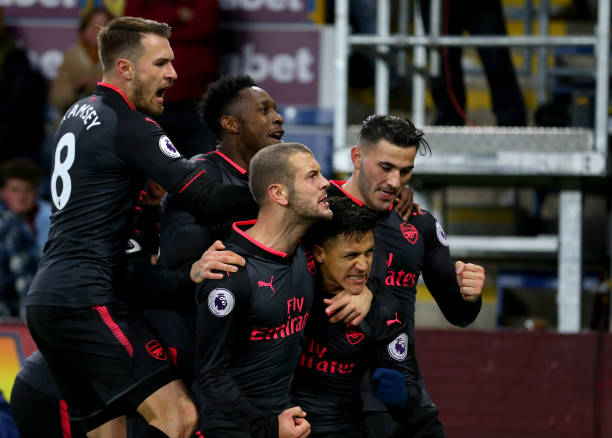 You could very much sense the relief that the Gunners hadn’t wasted their opportunity to go above Tottenham and Liverpool, even if some still couldn’t help point out that Lacazette being subbed early again could’ve come back to bite the Gunners:

Should have been him putting that penalty away smh https://t.co/nd50BeMckV

Overall though, it was a job well done, and Arsenal can move onto the next couple of home games with three away points under their belt, for once.

“Should be suspended”: Arsenal fans react angrily to reckless challenge from Jack Robinson