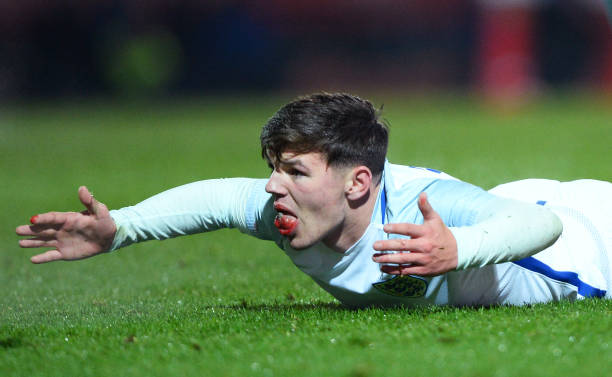 Duncan set tongues wagging as he bagged himself the winner during the England u17s’ 3-2 victory over Portugal on Wednesday. However, according to the Mirror, a ‘clutch’ of Premier League clubs, including Arsenal, were already watching the 16-year-old and scouts were in attendance.

The wonderkid first caught everyone’s attention when he scored a hattrick for the u16s against Brazil last year, which is the first time an Englishman has ever done so against a Brazilian side.

The Manchester City striker then trained with England’s u20s and apparently impressed.

The likes of Arsenal and Spurs are said to be keen to lure him away from the Sky Blues and City will most likely be anxious to keep him seeing as they lost another young talent, Jadon Sancho, to Borussia Dortmund over the summer.

An increasing amount of young English players seem to be going to Germany in search of consistent game time and many are seeing it as the best way to launch their careers, rather than stagnating in youth sides for the next four or five years.

Duncan just so happens to be Liverpool hero, Steven Gerrard’s, cousin, so perhaps the ex-midfielder can give the teenager some advance on where to go. Or at least where not to go (*cough*Spurs*cough*).