I was enjoying my Saturday – Liverpool and Manchester United dropped points and Chelsea lost to Palace. But of course, Arsenal came along and ruined that with a terrible performance against Watford.

If I had to choose the worst possible way to lose a game, it would involve a dive and a last-minute winner. So, bingo to me in this instance!

There wasn’t any individual performance by the Arsenal players that I could highlight as horrendous. We were just consistently below average the whole game. 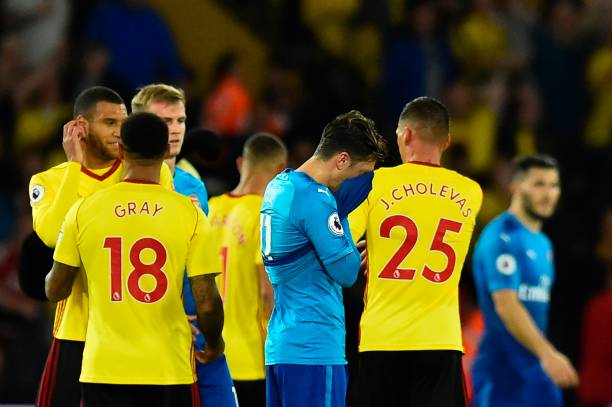 In any case, the dive is what changed the game, but unfortunately Richarlison won’t get a retrospective ban.

Once again, I am left scratching my head at some of the decisions Wenger has made in this game.

I’m not blaming him for this loss, it was a collective effort, but the more games we play this season, the more frustrated I become with the Arsenal manager.

Wanting to keep the Ox Edit date and time

Wenger was desperate to keep Alex Oxlade-Chamberlain, so much so, he was forcing him into the side, regardless whether he deserved to play or not.

Starting someone as a transfer tactic should never be done, especially when it’s detrimental to the team – the Liverpool performance was the perfect example.

Looking back on the transfer now, Arsenal fans are ecstatic, while Liverpool are frustrated. The Ox only ever showed glimpses of quality, and his inclusion in our team leads well onto Wenger’s next questionable decision…

Putting players out of position

Wenger was constantly playing great players in the wrong position.

Sead Kolašinac, who has excelled as left wing-back, was pushed into centre back. Hector Bellerin, who has started to find form back in his natural right wing-back position, was played on the left instead. And Monreal was forced to play in the vital central position defensively. 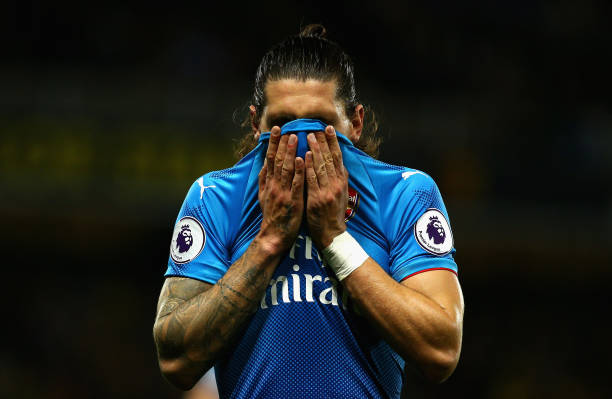 When he moved to the left side, a position he’s more comfortable with, lo and behold he started playing brilliantly.

It hasn’t just been this season either. For some reason, Wenger thinks players’ qualities will not suffer if they play in the wrong position, and it’s cost us.

Picture it. Our first big game of the season, we have a new striker who’s playing well, we’re against a team who have been poor defensively. Oh, he’s not starting.

I don’t think the decision to not start Alexandre Lacazette against Liverpool was the reason we lost that game, but it certainly didn’t help.

Other top teams do not drop their star striker in big games, yet Wenger did and I still don’t understand why. Not that Lacazette gets to play much anyway….

Lacazette has been very impressive so far in his Arsenal career. Pity he can never play 90 minutes though! Wenger has consistently substituted him off after 60-70 minutes for Olivier Giroud, regardless of whether the game requires him or not.

The game against Watford was the perfect example. Watford were pushing for a goal, meaning Arsenal would have chances on the counter attack. You don’t bring on a target man when you’re playing on the break. 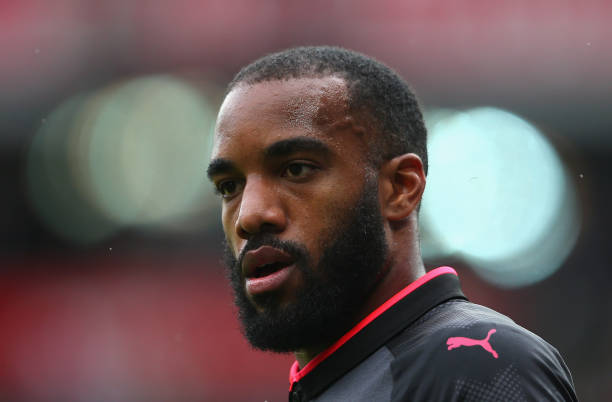 If Wenger was adamant to sub off Lacazette, then Theo Walcott would have been a much better option off the bench, it isn’t rocket science to see that.

Furthermore, our style of play changed when he was subbed on. We could not keep the ball, because our tactic was just to hoof the ball to Giroud and hope he kept hold of it – which he didn’t.

Yet for some reason, this happens every game. It appears he puts the 31-year-old on just to keep him happy, even if it’s a detriment to the game.

I realise it’s a lot easier to make decisions from the comfort of a sofa at home instead of on the sideline during the middle of the game. But against Watford, Wenger acted like everything was fine, when it was obvious we needed some changes after they equalised.

The only substitution the Arsenal manager decided we needed was for Giroud to come on, the others were forced on him by injuries. We needed a spark to get us going again, many of us thought Jack Wilshere could do that. However, it took until the 83rd minute for Wenger to see that.

In the end, he subbed on Rob Holding for an injured Laurent Koscielny to ensure our defence was fine. But would it have been ridiculous to possibly change the formation to a back four instead?

Surely we would want to try and push on for a win, but instead, we were holding on for the draw.

I love Wenger, he’s such an important role model to me. But I find his decision to stay on at the club more and more selfish each week.

We don’t play entertaining football any more; players want to leave and we don’t compete for the major trophies any more.

It’s admirable if Wenger feels like he would be abandoning the club by retiring. But honestly, the worst decision he’s made this year was to sign that extension, as it’s doing more harm than good.