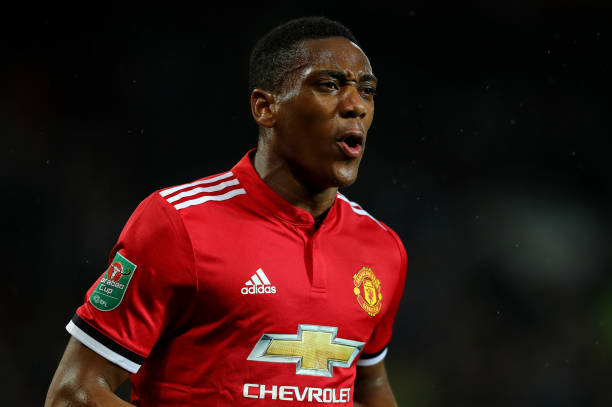 First it was Everton’s Ademola Lookman who Arsenal were reportedly lining up to replace Alexis Sanchez, now it’s Anthony Martial.

According to the Mirror, the Gunners are hoping to bring the Manchester United ace on board when their 28-year-old forward inevitably high-tails it away from London at the end of the season.

Martial is supposedly unhappy in his relationship with Jose Mourinho as he’s struggling for game time and could be tempted to leave since, by next summer, he’ll be set to run into the final year of his contract.

The 21-year-old has scored five times in nine appearances this term and has assisted six, which is a fantastic tally since he’s only made one Premier League start.

Martial only signed for United from Monaco in 2015 for a reported £36m, set to rise to £58m. Therefore, I personally don’t see the Red Devils – or Jose Mourinho – even entertaining the idea of selling the forward to Arsenal.

Arsene Wenger has spoken openly about his admiration for the young Frenchman before. He  even hinted that he asked about the availability of the starlet, who’s been compared to Thierry Henry, before United signed him.

“I was surprised they sold him,” Wenger said in 2015. “The amount of money was massive. I believe that you could think that, if you are Monaco, you could have sold him as well next season.

“Only an acceptable amount of money after could do it. We always liked him, even when he was in Lyon.”