If you had asked Arsenal fans back in August to list any reasons that might cause Alexis Sanchez to want to leave the club, how far down would David Ospina have been?

Would he have even been on the list at all? Well, now, he might just be the straw that breaks the camel’s back.

In a stark illustration of just how little input Arsenal have in being able to influence their best player towards signing a contract extension, Ospina’s impression of a human with wrists made purely of papier-mache may have led to the 28-year-old leaving in January.

Narrator: "Indirect free-kick, Paolo!
He takes it… GOAL!
He (Ospina) touched it!
He touched it!" pic.twitter.com/ihNUlVRT3W

Ospina’s poor performance in the final two rounds of South America’s World Cup qualification stage contributed to Alexis and his fellow Chileans without a World Cup to play for next summer. And not having a World Cup to keep him motivated for the rest of the season pretty much eliminates Arsenal’s last best chance at keeping him.

Playing in Russia would have benefited Alexis two-fold if he played well; His reputation would have been enhanced even more than it is already, and clubs looking to make a splash in the transfer market would have more interest in him than they might have already – think James Rodriguez in 2014.

If that happens, and he’s available on a free transfer, then he could ask for the moon as a signing on fee and not be laughed at. Now, neither factor is available to him. We’ve seen how he reacts when Arsenal aren’t playing well, but at least with a World Cup to look forward to, he always had a reason to try to put it behind him and knuckle down. 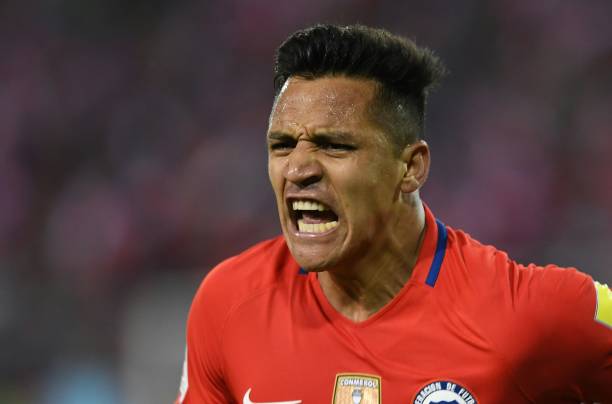 If he felt his club was not pulling its weight competitively, then he had his country to fall back on. There was always a Plan B. That’s now gone. Alexis is going to come back to Arsenal in a foul mood and he’ll be asked to play for a team that he doesn’t have complete faith in. If he did have faith, he’d have signed an extension by now.

We’ve heard none of the negotiating crumbs that Mesut Özil and his agent have been leaving around as of late – just have a look at the stories that were ‘leaked’ this week. First, there was a link to Manchester United, then ‘positive’ talks with his agent. I believe Özil clearly wants to stay. Alexis, however? Nothing from his camp.

We heard that he was frustrated that the last-minute deal with Manchester City fell through, but apart from that, not a thing has been said.

Clearly, the plan was to wait until the end of the season and survey the market. Then, once the World Cup was over, see who was lining up to sign him and pick who was the best fit. It was a plan that suited Arsenal because it gave them one more year to convince him that they could build a title-winning side around him.

The question now is, why should he wait?

If Alexis doesn’t think that Arsenal are capable of winning now, then there’s no reason any more to hang around past January 1st. He’s not going to get any better offers in the summer than he will during this winter, and he doesn’t have to worry about keeping himself fit for June in Russia any more. 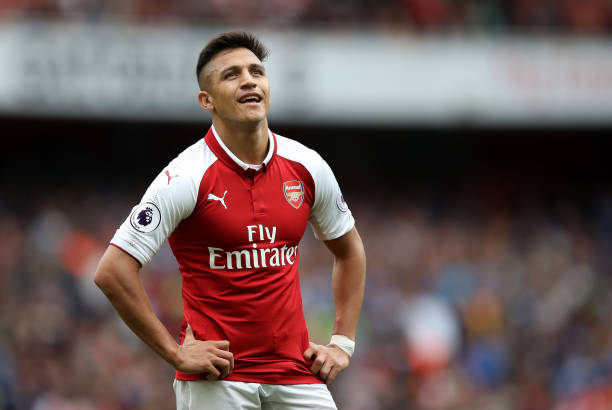 I’m not trying to be overly pessimistic here, but Arsenal’s best chance of keeping Alexis was to show him that they can challenge for the Premier League title, and there’s three years of failure to do so already in his head.

Will three months of unbeaten football change that? Maybe. But after seven games, Arsenal’s goal difference is +3, Manchester City’s is +20. We have to look better than them by Christmas in order to keep Alexis. Are you confident in that happening? Because I’m not.

I know that Arsenal are unbeaten in seven games, but their next five Premier League games are Watford away (tricky), Everton away (tricky), Swansea City at home (win), Manchester City away (nightmare) and Tottenham at home. If they’re still within touching distance of the leaders after the Spurs game, and Alexis, Özil and Alexandre Lacazette play at least one minute together, then the chances of keeping Alexis until at least the summer will increase in lieu.

But every loss, every misstep, every slip-up is now going to be magnified by a factor of ten in Alexis’ head. Every time a pass sails past him, or a shot flies into the crowd whilst he’s calling for the ball, will stick in his head twice as long as a good pass or shot will. And as well as Arsenal have responded after getting thrashed at Anfield in August, they still got thrashed at Anfield.

For someone like Alexis, where winning is everything and everything else stinks, anything less than a clear indication that Arsenal are title contenders this year won’t be enough. He’s going to want to win, and win now. Nothing else will do.

Can Arsenal do that? Can Arsenal put together a run of games good enough to make a clear case that they can challenge for the title?

Before last weekend, Arsenal had nine months to prove to Alexis that they were a club that he could fulfill his career objectives with. Now, they have three, and it’s all because David Ospina is made of chocolate fondant. Oh boy.