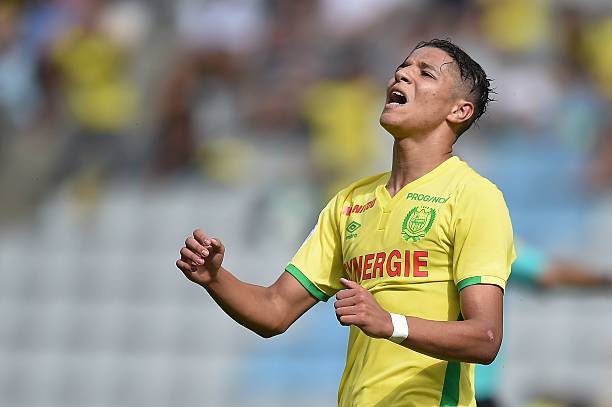 Amine Harit chose Schalke over Arsenal after they showed him videos of the club’s supporters, according to reports.

Harit broke into the first-team for Nantes last season, and reportedly drew interest from Arsenal, with articles about the Gunners scouting the teenager being published back in May.

In order to convince Amine to ignore Arsenal and join Schalke instead, they showed him videos of the Schalke supporters. Schalke sporting director Christian Heidel told Sport Bild via Goal: “We showed Harit emotions from Schalke, which really impressed him. With the ball he is brutally fast. We missed such a player last season.”

How close Harit was to joining Arsenal, we don’t know for sure. In my opinion, the Gunners may have scouted him and then chosen not to make a move. But in the end, however, Schalke’s plan worked because Harit joined the Bundesliga side in the summer.

The 20-year-old has made a very strong start to the season too, appearing in every league game so far and managing four assists, one every other game.

Harit even had the chance to make his debut for the Morocco national team at the start of October, as a result of his success with his new side. He’s mostly appeared on the right-wing so far, but has also appeared as an attacking-midfielder.

Arsenal might need a player like that before long, with Mesut Özil still not signing a new contract.