Hector Bellerin admits that most of the time Arsenal can’t win when it comes to their critics.

Bellerin claims that Arsenal are damned if they do, damned if they don’t most of the time. If they win, it’s because the other team were terrible and if they lose they’re facing a dramatic downward spiral and Arsene Wenger’s job is once again on the line.

“I think it always is (an overreaction) with Arsenal,” said the 22-year-old. “It doesn’t matter how we do. If we win it is always the other team’s fault and when we lose it is always our fault.

“We have just got to deal with it as we have been doing, play our game and show that we have got the potential, that we can win games like this one. I think everyone has seen that.”

Bellerin’s got a point. However, while I know he has to, it’s hard to defend some of the performances from the Gunners at times during the last couple of seasons, including this one.

As brilliant as Wenger’s side was against Everton at Goodison Park on Sunday, they were uninspiring against the likes of Stoke, Liverpool and Watford. It’s getting that consistency that’s key. 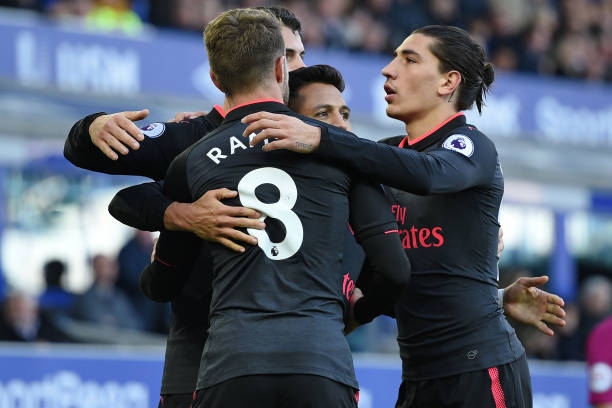 However, as the Spaniard says, if Arsenal do manage a good win, according to the media, it’s because the other team have been poor.

Most of the headlines following the Gunners’ 5-2 win over the Toffees have been related to Ronald Koeman, who’s subsequently gotten the sack, and how awful his team played.

The Guardian‘s headline on Monday was: ‘Ronald Koeman’s lack of vision clear from Everton’s fall to disjointed Arsenal’. The Telegraph‘s read: ‘Everton 2 Arsenal 5: Ronald Koeman on the brink after five-star Gunners claim much-needed away win’.

There wasn’t a great deal about how effectively Arsenal played. But what else is new?