The Spaniard continued as a left-sided centre back for the Gunners and put in one of his best performances from that position on Monday night.

His most notable contribution to the game was his outstanding goal-line clearance in the first half. With Jay Rodriguez’s header having beaten Petr Cech, Monreal somehow managed to get back in time and clear the ball without falling over or slicing the ball into his net. 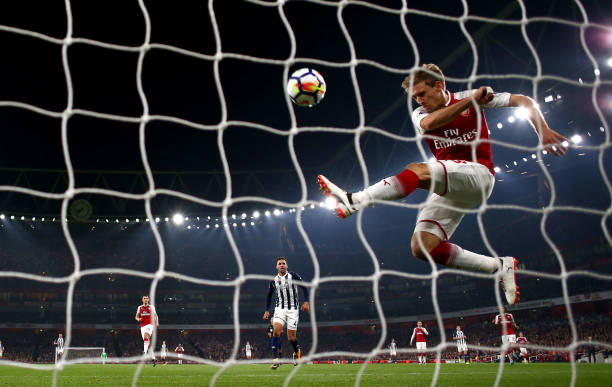 The feat ensured that Arsenal didn’t concede and had a much more comfortable night. Monreal was impressive throughout the game too.

According to WhoScored, he completed five of his six attempted tackles and three clearances. More impressively, he made a match-high seven interceptions, and even won 80% of his aerial duels against a tall and physical West Brom side.

On the ball, he was also very good. His 93% passing accuracy showed that his passing from the back was very tidy, while he also completed two out of four dribbles, showing that he was positive going forward as well.

Even with Arsenal comfortable at 2-0, I noted Monreal was still active in closing down the opposition and was Arsenal’s main passer from the back, frequently picking out more advanced players.

Monreal seems to have adapted very well to his new role in the team and continues to be one of Arsenal’s most dependable performers.