Martin Keown has compared Reiss Nelson to Neymar after his performance against BATE Borisov.

The 17-year-old made just his second start for Arsenal against BATE Borisov on Thursday night and impressed during the 79 minutes he was on the pitch.

Keown was certainly impressed by him, and may have gotten carried away with his praise.

“Congratulations to those young Arsenal players,” Keown said on BT Sport (via The Daily Mail).

“All those nervous parents watching their kids playing miles away from home and I thought all of them were magnificent in the way they played, particularly Nelson. 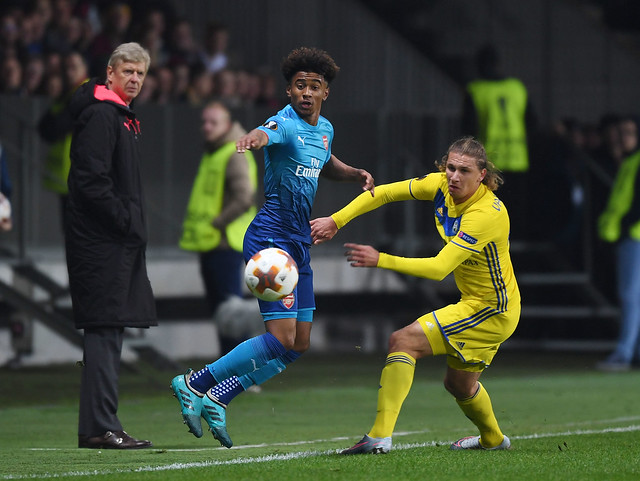 “He showed the sort of touches that you often see or associate with a Neymar or a real top player, he was breezing past players and Wenger will know the quality that he has.

“17 years of age, it’s quite phenomenal the ability this boy has. There’s certainly a big future there, he really does look a wonderful talent.”

Nelson is an exciting talent, but comparisons to Neymar, or any player of that calibre, are very premature.

That said, he does deserve praise for the way he’s adapted to an unfamiliar role in the Arsenal first-team.

Normally an attacking player, nearly all of his first team appearances for the club have come at right wing-back.

The role didn’t inhibit his attacking play on Thursday, as he was able to drift inside and link-up with Arsenal’s attackers.

However, BATE Borisov did offer some attacking threat and he had to get through a fair amount of defensive work.

Arsenal came under pressure in the second half and a tired Nelson had to be replaced by Marcus McGuane just before the 80th minute.

Nelson will now be looking forward to cup games against Red Star Belgrade and Norwich in October for his next first team appearances.