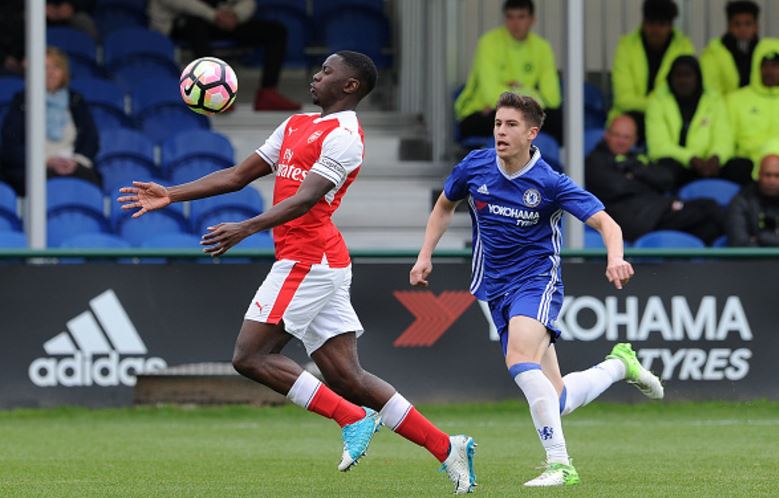 Josh Dasilva became the 845th player to represent Arsenal when he came on against Doncaster on Wednesday night.

The 18-year-old appeared as a half-time substitute for the stricken Calum Chambers and played in the unfamiliar role of left-sided centre back. Having to play out of position didn’t bother the teenager one bit, though, as he was delighted to get his Arsenal debut.

“It was quite surprising, obviously the boss threw me on at half-time and it’s just a good feeling to finally make my debut for Arsenal Football Club,” Dasilva told Arsenal.com after the game.

“It’s a moment I’ve dreamt of since I’ve been here since I was nine, so ever since I’ve just been working towards this dream and I’ve achieved it. I’m just trying to push on and get more appearances for this great club.”

Dasilva has been at Arsenal since he was nine years old and has came through the various youth levels. He played as a striker at youth level before being moved back into midfield. This season, he’s been used as a left wing-back for the u23 side. He’s now played a game as a centre back.

Despite being unfamiliar with the position, he had a steady showing and was just happy to be playing football for Arsenal. “I thought it was quite fast and Doncaster are a good team, so we had to give them respect,” he said.

Dasilva was one of several young home-grown players to feature on Wednesday. Reiss Nelson and Ainsley Maitland-Niles started on the right and left side of the defence respectively, while Joe Willock came on a late sub to make his first team debut.

Arsenal won the game 1-0 and will play Norwich at the Emirates Stadium in the fourth round.