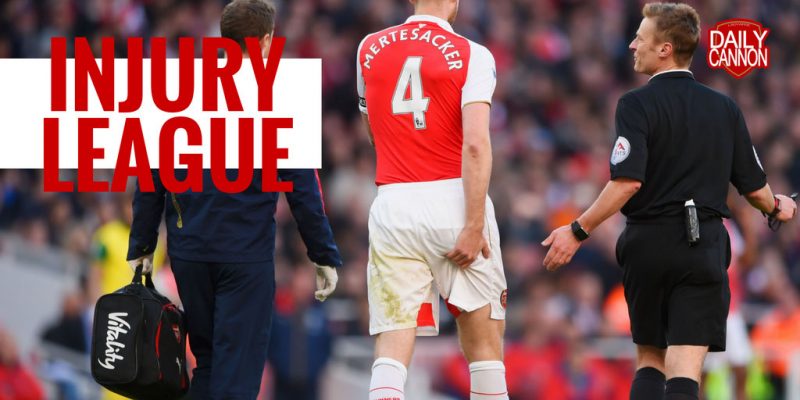 Arsenal have dropped to fourth in the Injury League table, with Crystal Palace move up into third. Everton are top and Watford remain second.

Arsenal have three players out ahead of gameweek five in the Premier League. Joel Campbell (knee), Santi Cazorla (ankle) and Calum Chambers (groin) are all still out for the Gunners.

Everton have five players currently sidelined, which sees them ahead of Watford at the top of the Injury League table.

Southampton remain at the bottom, having yet to face an injury crisis early into the new campaign.

Check out the rest of the Injury League table here.

Here’s how the top-five looks:

Keep up-to-date with Arsenal’s latest injuries, as well as their next four opponents’, here.