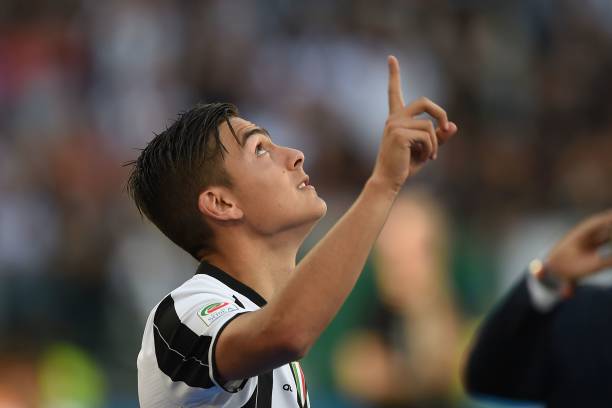 Paulo Dybala’s agent Mino Raiola says that the striker should leave Juventus for Real Madrid or Manchester United, but didn’t list Arsenal despite the Gunners’ interest this summer.

Speaking to RaiSport via the Mirror about his client, Raiola seemed to suggest that Dybala would be better off leaving Juventus. He said: “He has to go to a team where he gets into a project that is already suitable for him.

“For him it is difficult now to enter a reformed Barcelona, but he would do well at Real Madrid, Manchester United, Manchester City or Chelsea.”

The Mirror claim that Arsenal showed interest this summer until Juventus said that they wanted £124m for the striker. Perhaps this is the reason why Raiola didn’t give the Gunners a mention.

If Arsenal aren’t willing to cough up nine figures for the striker, they’ll be even less likely to want to pay Raiola one of his usual mega-money agent fees. One of Raiola’s clients is Donyell Malen, who left the Gunners this summer, which is another statement about the chances the representative think Arsenal can offer talented young players.

Dybala certainly seems to be someone worth spending big money on. He scored 19 goals and provided nine assists in 48 matches last season. He’s hit the ground running again this campaign and already has seven goals from his first four games of 2017/18, scoring in every appearance.