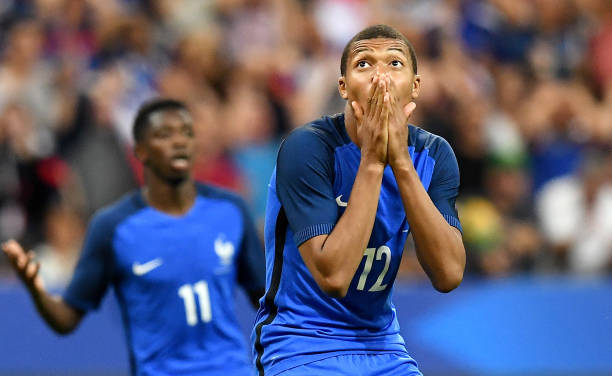 Monaco striker Kylian Mbappe has chosen Paris Saint-Germain as his next club, according to reports.

The Mbappe saga continues, with more reports claiming to know who he wants to join. According to Telefoot, Mbappe has his heart set on a move to PSG despite attractive offers from Real Madrid and Manchester City.

This is despite the fact the Ligue 1 side have just spent a piffling £198m on Neymar and would have to shell out another nine-figure fee to sign Mbappe as well. How they would fit both into the same team is another issue.

Arsenal made an offer for Mbappe at the start of the summer, but have long-since accepted that they won’t be able to sign him. That, of course, doesn’t stop papers like the Metro from mentioning that he’s an Arsenal and Liverpool target.

As far as the Gunners are concerned, any Mbappe move is only relevant for how it might potentially effect their pursuit of Thomas Lemar. Monaco are refusing to sell the 21-year-old, and there’s some thought that should they lose Mbappe there’ll be zero chance of them changing their mind.

Arsenal have been keen to bolster their attacking options, but only when they can sell some of the deadwood causing their first-team to look bloated ahead of the new season.