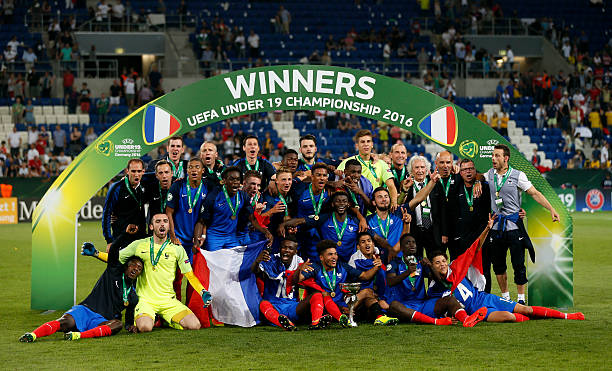 France and Spain will contest the u19 Euro final on Sunday in a repeat from last year’s championship match following their wins against Germany and the Netherlands.

Spain beat the Netherlands 3-2, with all five goals coming in the second half.

It was a typical Spanish performance using their ball-possession game while the Netherlands could not create as much as they did in previous games.

This will be the fourth final in a row for Spain and fifth in six overall. They have only ever won one tournament from the previous five finals.

In the other semi-final, France defeated Germany despite a one-sided first half where Germany totally dominated but could only gain a 1-0 lead. The France coach, Gilles Eyquem, made a double substitution changing the game totally as substitutes Thibhaud and Laurent both got on the scoresheet.

It is interesting to note that the last six goals scored by France have all come from the substitute’s bench.

This will be France’s ninth final and their record is won four, lost four so far.

The final will take place at Windsor Park, Belfast on Sunday, with a 7.30pm kick-off live on Eurosport. Daily Cannon will also have reporters at the match.