Life moves pretty fast. If you don’t stop and look around once in a while, you could miss it. Sentiments that apply, almost perfectly, to the Alex Oxlade-Chamberlain saga.

It seemed all but certain that the player once affectionately known as “The Ox” was to sign for Chelsea in a deal worth £40m. But the midfielder has rejected the siren call of the champions because he wants to play as central role and doesn’t see it happening at Chelsea.

Liverpool swooped in and made the 24-year-old their latest signing. Life moves pretty fast, indeed. Arsenal fans who seemed to be genuinely indifferent whether he stayed or went are now becoming quite vocal in their antipathy towards the Ox and I don’t quite get it. 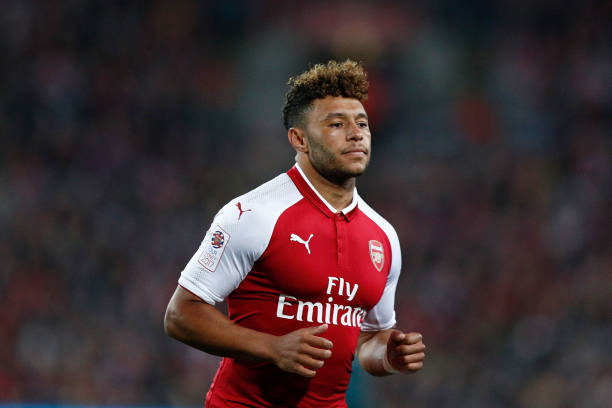 For one thing, rightly or wrongly, he’s been quite vocal in his desire to play central midfield. We may look at him as fans and say ‘he’s lucky just to be playing for Arsenal so it doesn’t matter where you play’. But that ignores the fact that the Liverpool new-boy’s career is his and his alone. Who are we to tell him where he should or shouldn’t play? If he wants to play central midfield and doesn’t see it happening at Arsenal, isn’t he right to assess his options?

Further, whilst wanting to play central midfield, I’m not aware of Oxlade-Chamberlain kicking off particularly about being deployed elsewhere on the football pitch. Even when he was pushed into a totally unfamiliar left wing-back role, which he excelled in by the way, he said after May’s FA Cup final: “I think I said a few weeks ago that I might play left back soon. I was only joking so for it to happen in the final was a bit of surprise.”

If the Ox hasn’t quite made the progress we all think we should have, is it perhaps because the manager, in shock news, doesn’t quite know what to do with him? I was struck listening to Lee Dixon and his comments on Arsène Wenger. Dixon basically backed up Tony Adams, saying; ‘Arsène is a great manager, but no coach’. So what is a young footballer to do when he’s still trying to learn about the game and not being coached?

Is it possible that a manager who has coached the Englishman over the last six years might just have got a little more out of him? More than just those effervescent performances against Manchester United, Milan, Bayern Munich and Crystal Palace?

He’s hardly alone in that regard. Some people will inevitably, predictably and often wrongly, turn towards Mesut Özil. But Hector Bellerin and Aaron Ramsey, to pick two very obvious examples, are several light years away from the form they were showing two, three years ago.

Why is that? It has become clear to me, just three games into the new season, that the Ox is just one of several Arsenal players who have given up on Arsène Wenger. And, as someone who has long since given up on the manager, I totally get it. Why would Oxlade-Chamberlain, or Alexis, sign a new contract? What would they be signing up for?

And for those of you who say Alex Oxlade-Chamberlain is no loss to the Arsenal, consider this: If he is bad as you say he is – yet somehow still good enough for the champions of England to be interested in him – and he wants out, then how bad must things be at Arsenal?

How many players, like him, Wilshere, Alexis and Özil have to send the same message to the board before they understand it? This summer was a perfect opportunity for Arsenal to be bold. A bit of bravery from them and they might have obtained a fresh pair of eyes at the helm, someone to inspire, someone to organise, someone who may have been able to sign up some of those players with one year left on their deal.

Instead, we chose safety. We chose stagnation. We chose not to compete. Excuse me if I refuse to damn a player for choosing the alternative.