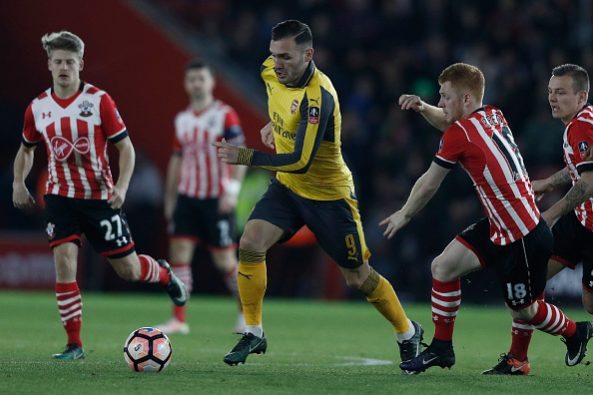 Deportivo have reportedly made an improved bid for Arsenal forward Lucas Perez, offering £12.7m after being unsuccessful in previous attempts.

The latest rumours suggest that Deportivo have made a new bid for the Arsenal forward as they try to come to an agreement before the transfer window closes at the end of the month.

Deportivo have returned with a new offer for Lucas Perez last Wed/Thu and it is believed to be close to the €14m mark [via @TheAFCBeII] pic.twitter.com/QgfHTytzvK

Lucas Perez had a pretty good debut season for Arsenal despite the lack of starts, contributing 12 goals in 21 appearances. But the lack of playing time given by Arsene Wenger sees the Spaniard wanting out.

Multiple teams were reportedly interested at first, but Arsenal’s valuation of the player has led to this number being cut down. Deportivo La Coruna and Newcastle United are the two sides linked this summer, the latter said to be very close to securing his signature.

Local reports say Depor officials will fly to London on Aug 20 to conduct face to face talks with #AFC. pic.twitter.com/Otu5xZ7o6U

The bid, worth £12.7m when add-ons are taken into account, is an improvement on Deportivo’s past offer of £10.9m. However, this would still represent a loss on the player for the Gunners who paid £16m for Lucas 12 months ago.

Although his sale would not be a major loss, it still remains to be seen whether Arsenal would be willing to accept the decrease in value just to get Lucas off the wage bill.