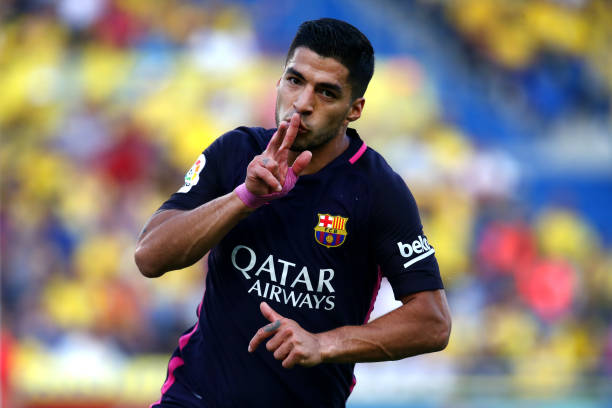 Jamie Carragher has compared Philippe Coutinho’s current situation at Liverpool to Luis Suarez’s back in 2013 when the striker wanted to move to Arsenal.

Liverpool legend, Carragher, has drawn similarities between Coutinho’s situation at the Merseyside club to Suarez’s four years ago when the striker wanted to sign for Arsenal but owner John W. Henry rejected the Gunners’ offer of £40,000,001.

Coutinho, Carragher claims, wants to join Barcelona, which is why he’s allegedly handed in a transfer request, and, just like with Suarez, the Sky Sports pundit doesn’t believe that Henry will let him go.

“He put in a transfer request. It was actually Arsenal he wanted to go to.

“Before Philippe Coutinho put in this transfer request, I felt Liverpool would keep him but he would probably go in 12 months.

“If this bid had come in for Coutinho at the end of May and someone had offered over £100million and Liverpool had time to line up who they were going to get, you could understand it.

“Liverpool have got no time to replace him, they can’t get players in at the moment anyway and they’ve got a lot of money to spend.

“I don’t see any way the club will let Philippe Coutinho go.

“I said there would be a riot if they went and I still stand by that!”

Suarez’s failed move to Arsenal is still something that’s held against Arsene Wenger when it was really John W. Henry’s dishonesty that prevented the transfer from going ahead.

What do you think they're smoking over there at Emirates?

The Liverpool owner even admitted a year later, after previously denying Suarez had a £40m release clause and even publicly ridiculing Arsenal’s bid on Twitter, that he did but they just decided not to sell him.

“Luis Suarez is the top scorer in the English Premier League, which is arguably the top soccer league in the world,” Henry reportedly said in 2014. “He had a buyout clause of £40m. Arsenal, one of our prime rivals, offered £40m plus £1. What we’ve found … is that contracts don’t seem to mean a lot in England – actually, in world football.

Barcelona are said to be prepared to bid £100m for Coutinho but, as with Suarez, it’s doubtful that they’ll let him go now, no matter how much he wants to leave.

Although, it’s slightly different in that the La Liga giants aren’t direct rivals to Jurgen Klopp’s side.