Arsène Wenger has named Dennis Bergkamp as the most skilled player he’s ever worked with.

In a video posted on the Emirates YouTube channel, Per Mertesacker asked the boss who the most skilled player he ever worked with was. There are plenty of options from Wenger’s time at the club, not least because his time at the club has been so long.

More than that, he was also blessed with one of the greatest teams of recent times in the ‘Invincibles’ era of 49 league games unbeaten. Robert Pires, Thierry Henry, Patrick Vieira, most members of that team would have a shot at being in the running in Wenger’s response.

The one player he picked out was Dennis Bergkamp, and it’s not hard to see why.

The Dutchman has a statue outside the ground and retired as a club legend, playing his testimonial as the first ever match at the Emirates stadium in 2006. 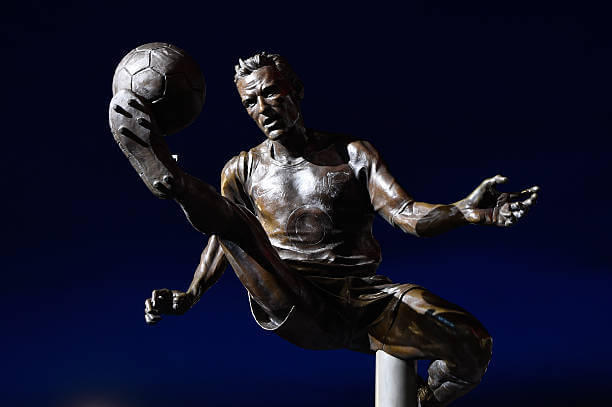 Bergkamp helped Arsenal create one of the most successful periods of the club’s history. Between 1997 and 2005 he won the Premier League three times, the FA Cup three times and the Community Shield three times. In fact, you could even add a fourth FA Cup success to that list for the 1997/98 win, but Dennis didn’t take part in the final.

Bergkamp also won a long list of individual awards whilst in North London, and anyone who watched him live would be hard pressed to deny his obvious talent.

Arsène clearly has no plans to forget any of that in a hurry.