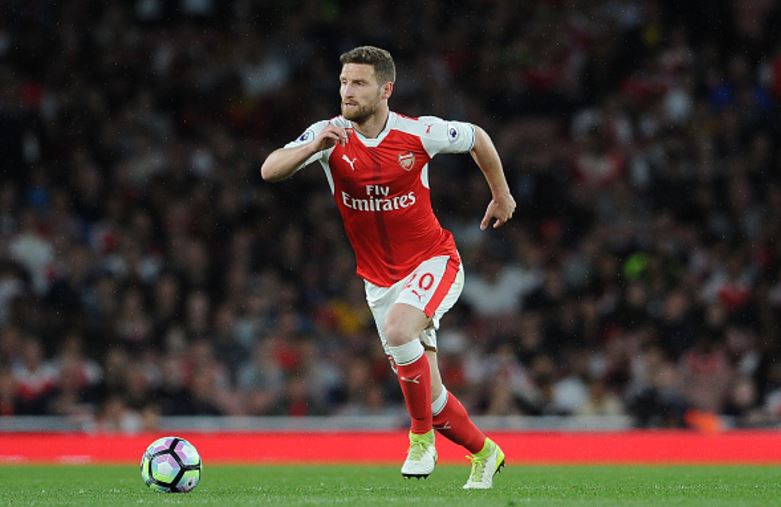 “He looks like he has a scan tomorrow and I don’t think he will be available for the weekend. He doesn’t look bad, but he will not be available. [It is an] ankle problem, ligament,” Wenger told Arsenal.com.

Shkodran Mustafi, meanwhile, returned to training on the weekend but won’t be ready in time to play against Chelsea in the Community Shield.

When asked if Mustafi could be ready in time for the big kick-off against Leicester, Wenger said: “It depends. Mustafi has come back today and will have tests during the week. For the [Community Shield], he will be short.”

This means that Mustafi will not have any match practice going into the new season. He may be rushed back into action as Arsenal have been short of centre-back options throughout the summer.

Midfielders Mohamed Elneny and Ainsley Maitland-Niles were required to drop into the backline while Rob Holding, Calum Chambers and Shkodran Mustafi were absent after their international commitments.

Holding and Chambers have played just 45 minutes in pre-season and won’t be fully up to speed for the season opener in two weeks time. Arsenal’s other big absentee, Alexis Sanchez, won’t return to training until Tuesday and could miss the Community Shield.

Wenger, though, has previously said that it’s easier to have a striker on the bench, and could end up including Alexis despite his lack of training.