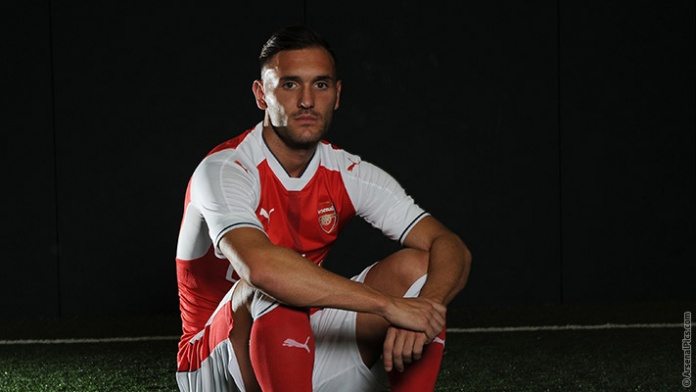 With Lucas’ departure from Arsenal edging closer, it’s time to reflect on a purchase that didn’t go to plan.

Lucas’ short spell at Arsenal could soon be at an end. It was obvious the player would leave this summer, and according to IBTimes, a move back to Deportivo might not be too far off. The Spanish club have reportedly submitting a £9m offer.

It’s safe to say Lucas didn’t have the best time at Arsenal. After scoring 17 goals for Deportivo in 2015/16, he arrived at Arsenal as an unknown but potentially shrewd purchase.

At the time, we assumed Lucas would be in Wenger’s plans. He had a similar profile to Leicester City’s Jamie Vardy, who we tried and failed to sign earlier that summer. He may not have been first choice, but rarely does the Arsenal manager spend £17m on someone who doesn’t play.

So we thought. Lucas, in the end, was just a backup striker at Arsenal. One that would only ever play when the first choices weren’t available or needed a break. Alexis played every minute of every game he was available for, Giroud would always get games where he could and Welbeck returned from injury and ended the season leading the line.

There are some who claim that Lucas only ever intended to be a backup striker and nothing more, but to me there’s something odd about signing a player for so much only to not use him.

In the cold and competitive world of top level football, his lack of playing time is understandable. Yet, it’s easy to sympathise with Lucas, who felt his performances deserved something more than what he got.

Arsenal will seemingly sell the player now at a significant loss and it won’t be the most amicable separation, either. Lucas told La Voz de Galicia that he felt unfairly treated at the Emirates.

Besides a lack of opportunities to play, he was upset that Arsenal gave his number nine shirt to Lacazette without consulting with him first. The symbolism couldn’t be any clearer.

In the end, Arsenal won’t miss Lucas, and Lucas probably won’t miss Arsenal. It’s just a shame that a player who deserved a bit more never got it.