Arsenal’s first pre-season game is a friendly against Sydney FC at 11am and we’re taking a look at how the team might line up.

Despite a couple of big name absences, notably Alexis Sanchez, Hector Bellerín and Shkodran Mustafi, Arsenal’s pre-season squad looks very strong. They’re likely to put out a stellar starting line up in Sydney, even if most won’t play the full 90 minutes.

Arsene Wenger has already told the media that he might experiment with formations during the initial friendlies, but with 3-4-3 still how he plans to start the season, we’ll assume that’s how he’ll kick off pre-season as well. 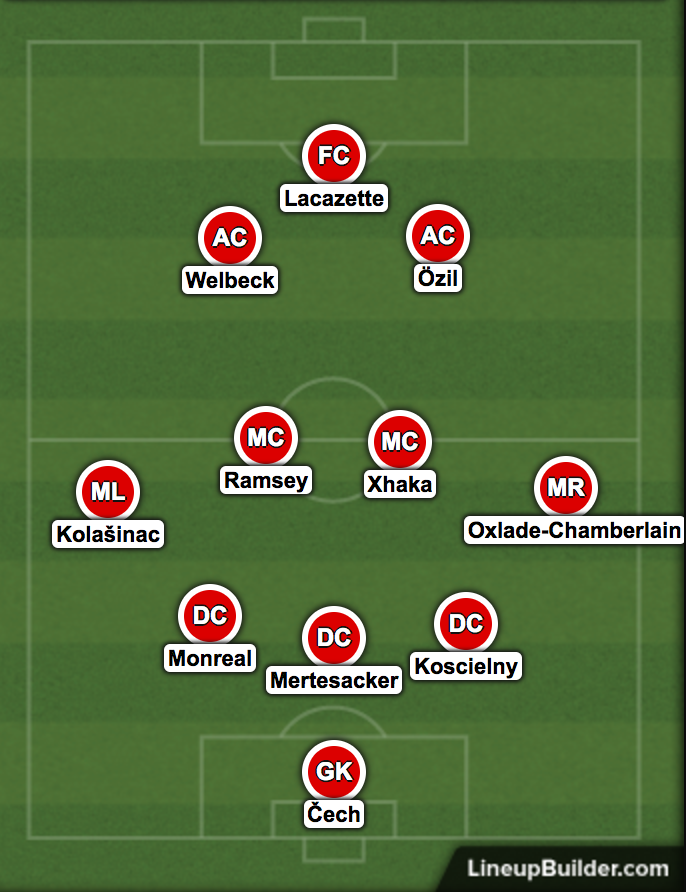 Cech is still Arsenal’s number one right now, even if that isn’t the number on his back, so he’ll likely be starting in goal. In front of Petr, Naco Monreal, Per Mertesacker and Laurent Koscielny are the three strongest centre-back choices available.

Sead Kolasinac is more likely to start on the left, where he played most of his games for Schalke. Alex Oxlade-Chamberlain will be on the right, as he is pretty much the only player in the squad who has played in the position – aside from perhaps Ainsley Maitland-Niles.

The midfield two who started the FA Cup final at Wembley are both available for selection again on Thursday – Granit Xhaka and Aaron Ramsey should start.

Alexandre Lacazette has been confirmed to be playing a part in the match, as well as Mesut Özil. Many Australian fans have likely bought a ticket in hopes of seeing the duo combining on the pitch.

This leaves one position which is a bit less clear. Theo Walcott is probably the strongest candidate to play as the right wide-forward, but that’s where Özil has been playing.

On the other side, Welbeck is probably the most likely option. This could be a chance for the Reiss Nelson to step up, however, as Wenger confirmed he will at some point this season.

If Lacazette plays in one of the wide-forward roles then Olivier Giroud could start.

How do you think Arsenal will line up for the friendly?