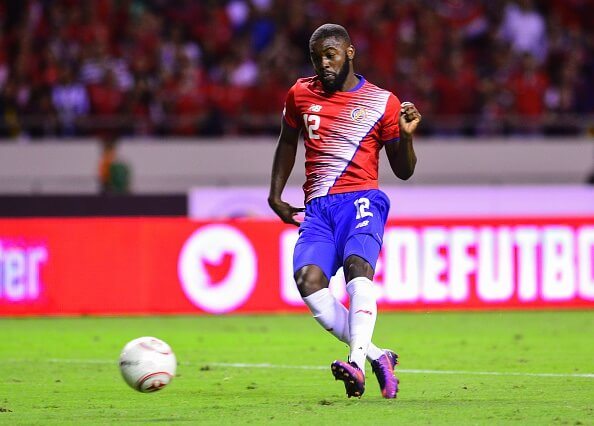 Arsenal’s Joel Campbell isn’t likely to feature again until 2018 after having picked up a knee injury in the Gold Cup for Costa Rica.

He revealed his sadness to leave the national team with a serious injury, but his teammates put in a performance on his behalf to book their place in the knockouts.

Campbell has just 12 months remaining on his current deal with Arsenal, and his latest injury hampers his chances of forging a lengthy stay or finding a new club, reports ESPN. He’s due to undergo surgery.

With the 25-year-old having made just 40 appearances for Arsenal since his 2011 arrival, he doesn’t appear to be in the reckoning.

Campbell has been loaned out to five clubs during his time at the Emirates – Lorient, Real Betis, Olympiacos, Villarreal, Sporting CP – and has been unable to win Wenger over.

Timing certainly hasn’t favoured the Costa Rica forward given he’s now unable to prove his worth on the pitch to earn a new deal, but he’ll have his international prospects in mind with the 2018 Russia World Cup to come.

Campbell should be back in action for Arsenal in February 2018.