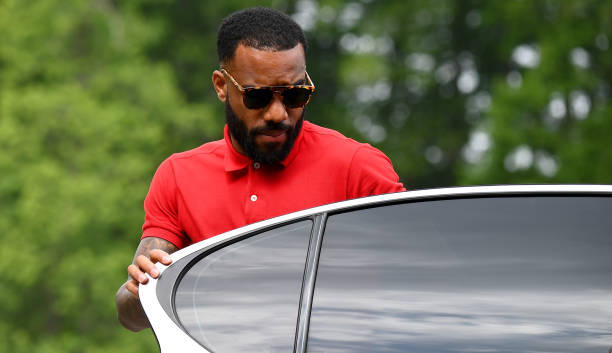 The £52m transfer of Alexandre Lacazette from Lyon to Arsenal is a record deal for both clubs.

A few years ago, Arsenal signing a player for more than £15m was seen as an impossibility. A combination of impaired finances and a frugal attitude to spending meant the Gunners steered well clear of the big money players.

But that all changed in 2014 when Arsenal signed Mesut Ozil for £42.5m. Suddenly, signing players for more than £15m was commonplace. Now Arsenal are on the verge of breaking their transfer record again, spending £52m on Lacazette.

The signing will also mean that Arsenal’s top five most expensive signings will have cost more than £30m each. Alexis Sanchez, Granit Xhaka and Shkodran Mustafi round out the top five for Arsenal.

For Lyon, the £52m will be the most they’ll have ever received for a player. It will top the £35m Bayern Munich paid for midfield Corentin Tolisso, the £32m Chelsea paid for Michael Essien and the £30m Real Madrid paid for Karim Benzema.

Lyon have a long history of selling great players, with the likes of Mahamadou Diarra, Samuel Umtiti, Florent Malouda, Eric Abidal and Hugo Lloris all being sold to big clubs. Lacazette, then, will be in good company as he sits atop the list.