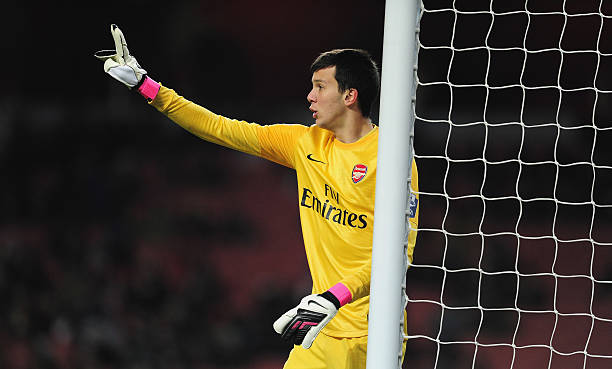 Young goalkeeper Deyan Iliev has returned to training after two years out.

The Macedonian keeper has been out since May 2015 with a serious knee injury that required surgery.

According to Arsenal Youth, Iliev has now fully recovered and has returned to full training. He expects to be fit and ready ahead of the new U23 season.

He’ll face stiff competition in the U23 squad, with Matt Macey, Ryan Huddart and Hugo Keto all vying for a spot in the team.

Iliev has yet to make a first team appearance for Arsenal as Emi Martinez usually fills the youth keeper role during cup matches.

Now 22, Iliev will no longer qualify as a young player at Arsenal and will have to be registered to take part in the Premier League and Europa League next season. It’s unlikely that Arsenal will register him.

He’ll be eager to make up for lost time and impress enough for the U23 side to get a loan or move away from the club.

Potential loans for Macaey, Huddart and Keto could give him that opportunity.