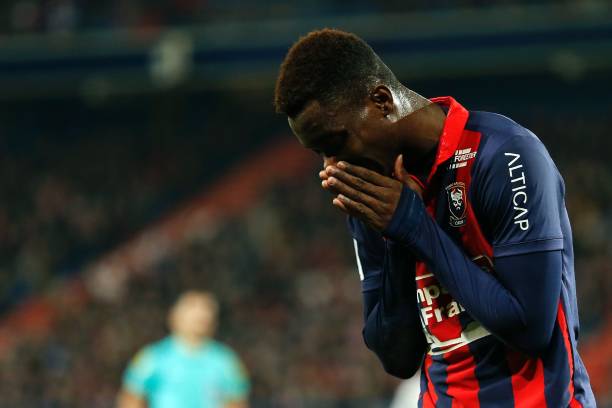 Arsenal are said to be ‘battling’ for French U21 international Yann Karamoh.

The 19-year-old made 35 appearances in Ligue 1 for Caen, scoring five goals and earning his first call-up to the France U21 side. He’s been watched by several clubs, including Arsenal, Tottenhem, Fiorentina and Inter Milan.

According to the Daily Star, Arsenal are “battling” those clubs for Karamoh’s signatures. They claim that bids of £3.8m have been lodged but don’t mention who made the offers. Caen are believed to want £9m for him.

Arsenal are always linked with young forwards, but currently have way too many at the club. Beyond the first team strikers, Arsenal have the likes of Stephy Mavididi, Eddie Nketiah, Donyell Malen and Yassine Fortune.

Mavididi could go on loan to the Football League, while Nketiah and Malen featured for Arsenal during their tour of Australia and China. Karamoh seems to be a bright talent, but after already appearing 35 times he’ll want to continue getting regular first-team football.

The stiff competition in the Arsenal side means he’s unlikely to get much game time initially with the Gunners. Nevertheless, the opportunity to play at the Emirates Stadium should be a lure for many youngsters, let alone manager Arsene Wenger and his track record for developing promising talents.

Arsenal have been previously linked with Karamoh but little transpired from the alleged interest. It’s unknown if they will look to pursue the youngster ahead of the new season.