Memes, for the most part, can be pretty funny but often they just make you want to cringe, especially when they are Arsenal memes. 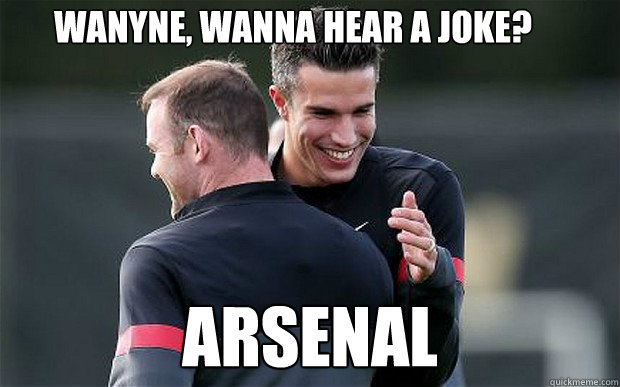 Since the internet became a place for people to share comedy, memes have existed.

The ‘meme’ that we use today is defined as:

“An image, video, piece of text, etc., typically humorous in nature, that is copied and spread rapidly by Internet users, often with slight variations.”

However, when it comes to football memes, especially where Arsenal memes are concerned, they can often stray from being genuinely humourous into the realm of downright cringeworthy.

With Arsenal being awful for the last few years, you’d expect the jokes to write themselves but apparently not.

From poorly worded, misspelled Arsenal memes, to Arsenal memes that aren’t even factually accurate, it can be pretty difficult to find a quality Arsenal meme on the internet.

Therefore, we figured that it would be easier to show you the ones which made us cringe the most.

We first wrote this post in 2017 (you can see those memes below) so figured it was time for an update, especially given what’s happened at the club in that time.

Surely they’ve gotten better in the past three years?

This meme gets us off to a good start 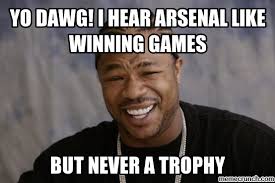 The ‘Arsenal don’t win trophies’ line is always hilarious, especially when they are winning trophies.

Don’t confuse us with Tottenham. 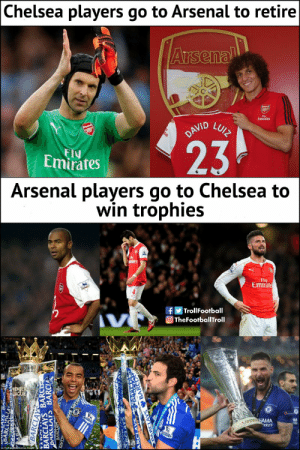 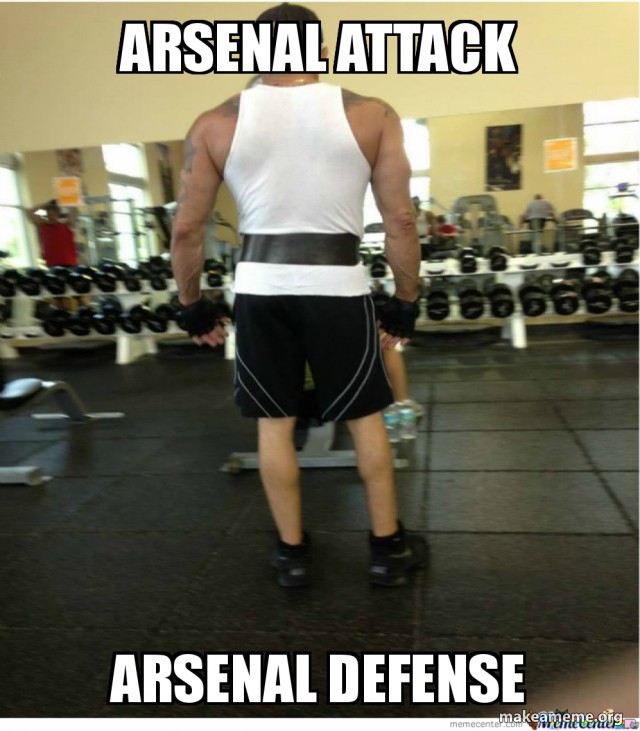 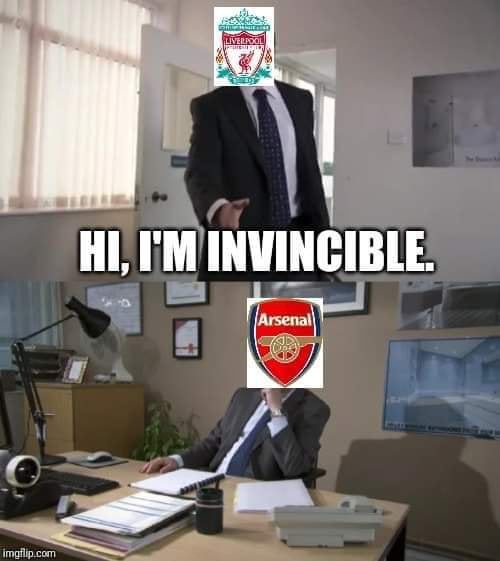 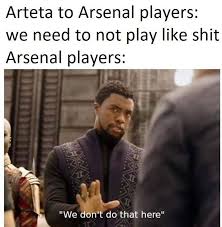 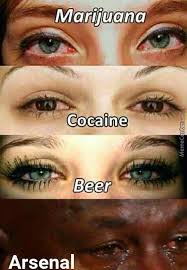 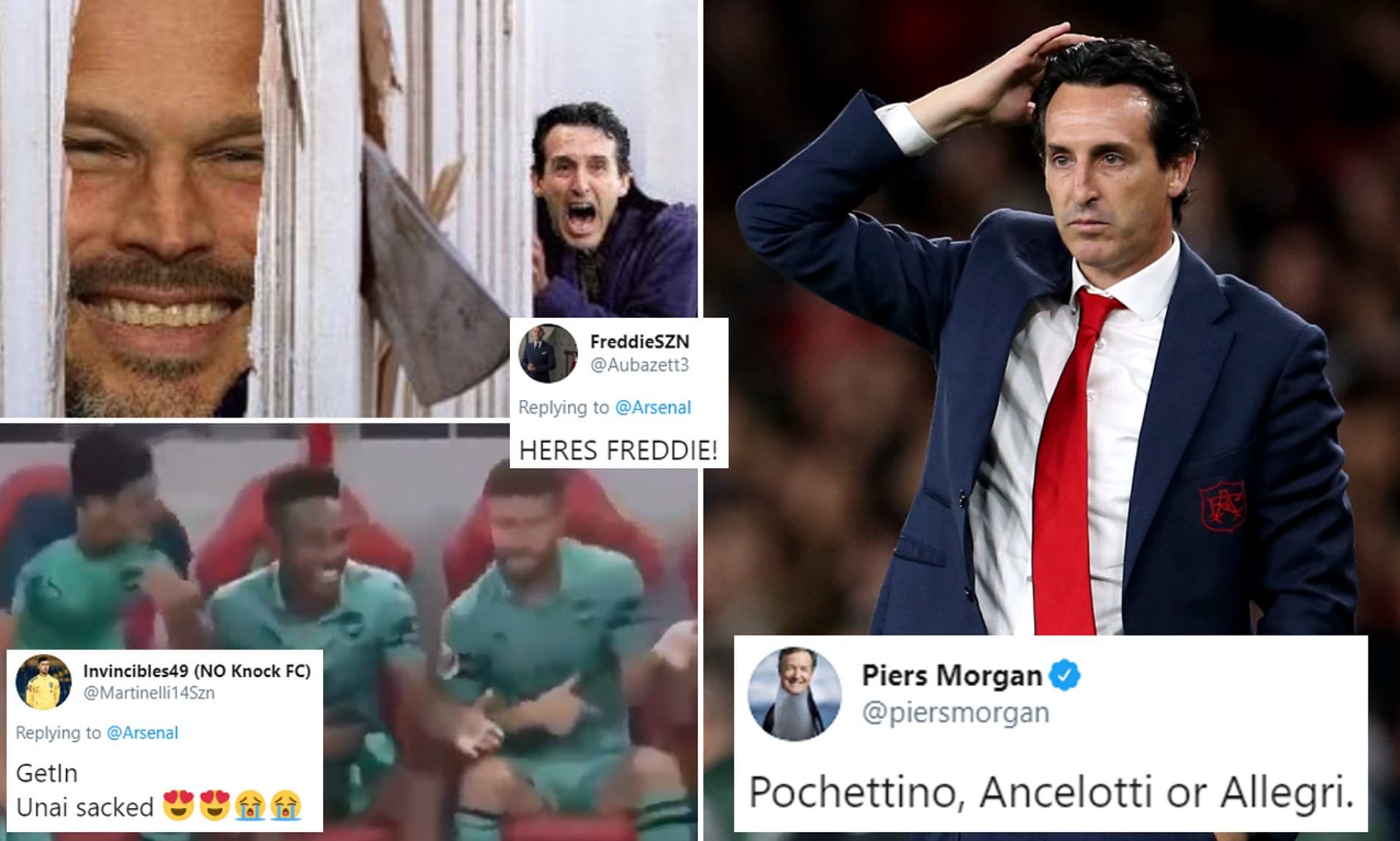 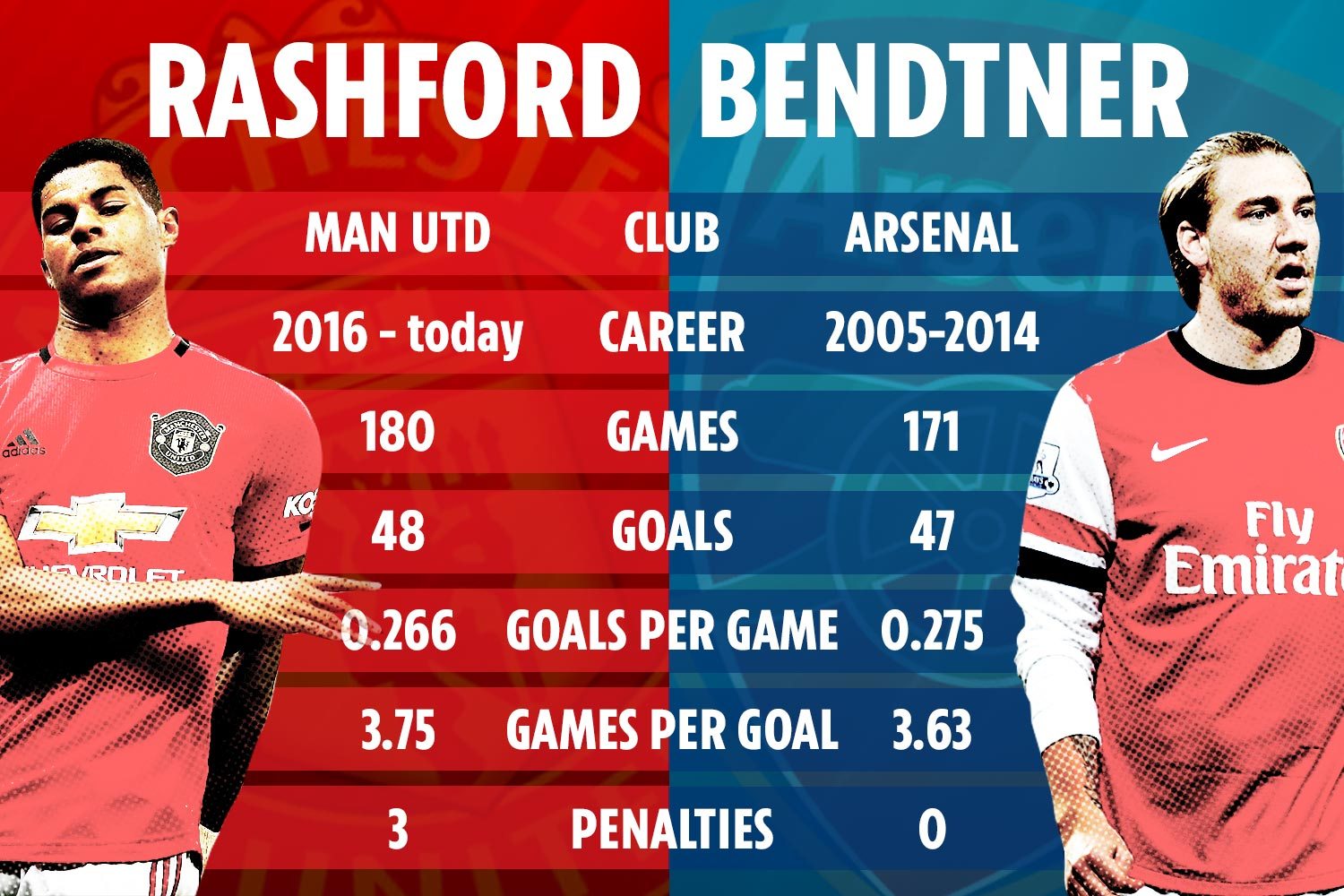 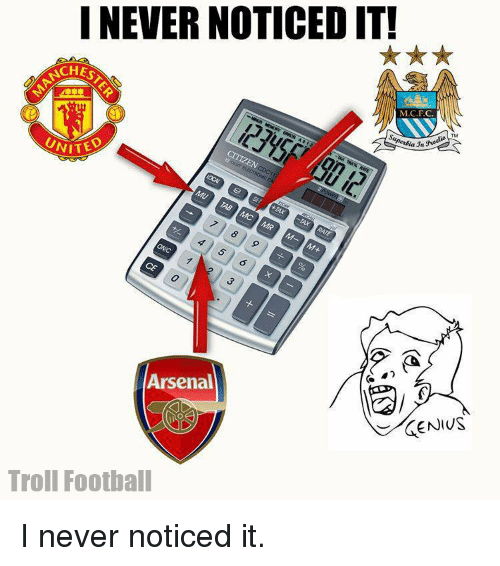 Arsenal memes from 2017 and before

How many memes have you seen with ‘Wenger Out’ written on them this season? Too many. The answer is too many.

It does suck being “a Arsenal fan” sometimes.

What has a picture of Brick from the movie Anchorman got to do with Arsenal?

It may not be funny but at least it’s true.

When will people realise this ‘Ramsey curse’ thing was never actually funny.

Honestly, what does this even mean? This is terrible. Literally terrible.

Here’s a meme I can get behind.

It was only relevant for one match but BOY was it relevant.

Yeah ‘Wanyne’, tell me a joke.

12. The Arsenal meme of denial

You know Gooners are upset when they start making memes about that time that Manchester United didn’t win a title for 26 years back in the dark ages.

You know when you see ‘hilarious’ fake names circulating during the transfer window?

I mean, it’s true, but isn’t there supposed to be a punchline or something?

Who on earth MADE this?

The only Arsenal meme I care about to be honest.