Arsenal fan and comedian, Hardeep Singh Kohli, has organised a fundraiser to take place at the Gunners Pub to raise money for the victims of the Grenfell fire.

With Arsenal and Chelsea both pledging their FA Community Shield fees to the cause and Hector Bellerin paying £50 for every minute that he plays at the u21 Euros, this fundraiser gives ordinary people the chance to get involved and help where they can.

Speaking exclusively to Daily Cannon, Hardeep explained what had prompted him to organise the event which will take place on July 1.

“Like so many people across the country I felt powerless watching the devastation that struck Grenfell Tower,” Hardeep said.

“That powerlessness became anger when I witnessed the complete lack civic support for the poor people involved in the tragedy.

“Like so many others, I turned my powerlessness and anger into action so with a group of fantastically generous people we’re putting on a night of comedy.

“There’s some big names. David Schneider is going to be there, Maddy Anholt is going to there. There’s great music. We’ve got [BBC Radio One’s] DJ Phil Taggart, Northern Ireland’s finest and Yasser from the BBC Asian network.

“We’ve got curry, barbecue food and a lot of fun.

“So get online, get tickets and get supporting the citizens of our country.”

Stand up from Grenfell lineup
1 of 7

A wide range of tickets are available, including VIP packages and you can book your place on the Stand Up for Grenfell website 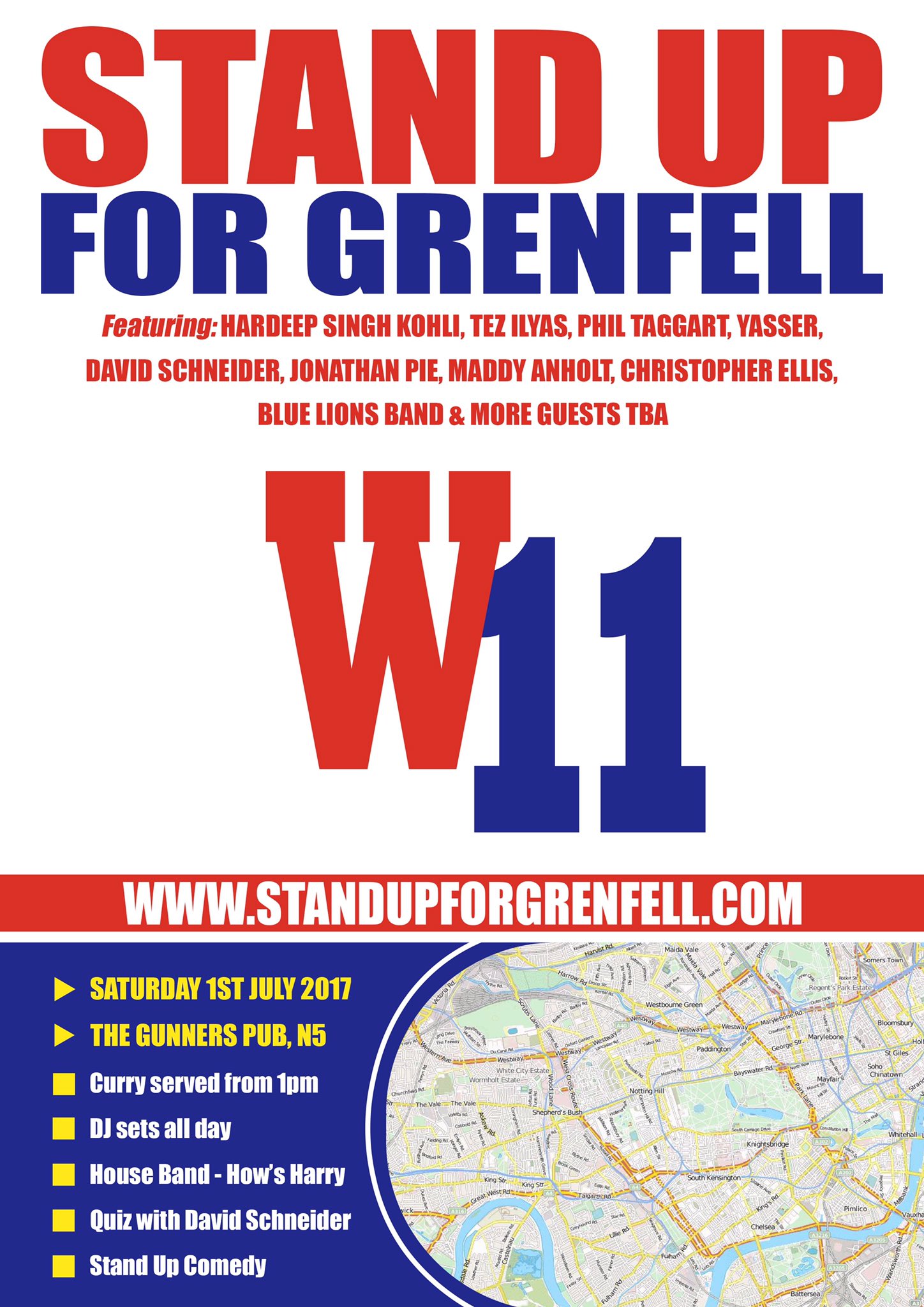 Bukayo Saka now most expensive left midfielder in the world