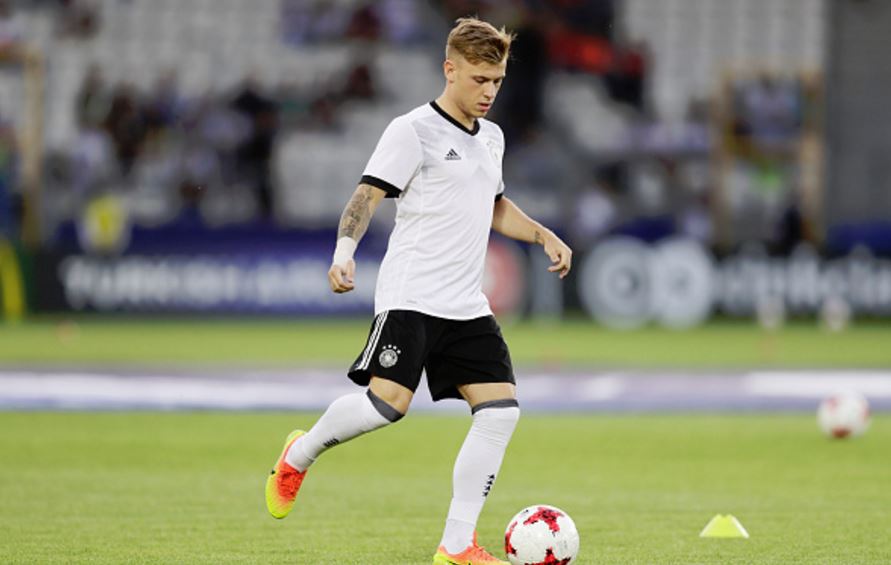 Schalke’s Max Meyer has been linked with Arsenal, Liverpool and Tottenham Hotspur this summer but won’t announce his decision until after the U21 European Championships.

The German forward, 21, made 27 Bundesliga appearances for Schalke last season, scoring and creating two goals while creating 30 chances. He featured in nine Europa League games in 2016/17 and is currently representing Germany U21s in this summer’s U21 European Championships.

With Meyer’s deal up in 12 months, Schalke have to either cash in or risk losing the player on a free next summer. But as reported by Revier Sport, he won’t make his intentions known unitl July.

His asking price is believed to be £17.5m, a fee Arsenal, Liverpool and Tottenham would have no problem meeting, but they will be deciding whether they feel Meyer is worth the money. The forward will be looking for first-team football but may have stiff competition at any of the suitors.

While capable of playing left-wing and as an attacking-midfielder, Meyer would struggle to dethrone the likes of Alexis Sanchez and Mesut Ozil at Arsenal, especially given the duo’s fine form behind the lone striker in the last few months of the season.