After Arsenal announced their new signing, Sead Kolasinac, on Tuesday, you might have been wondering how he compares to the club’s other left-backs, Nacho Monreal and Kieran Gibbs.

Kolasinac signed on a free after his contract at Schalke ran its course and is renowned for his physical style of play, as well as his versatility since he can play as a full-back or wing-back.

As you can see from the infographic below, Kolasinac trumps Monreal and Gibbs in almost every area.

The Bosnia international was on par with Gibbs when it came to key passes (0.9) but surpassed both players on shots (0.7). 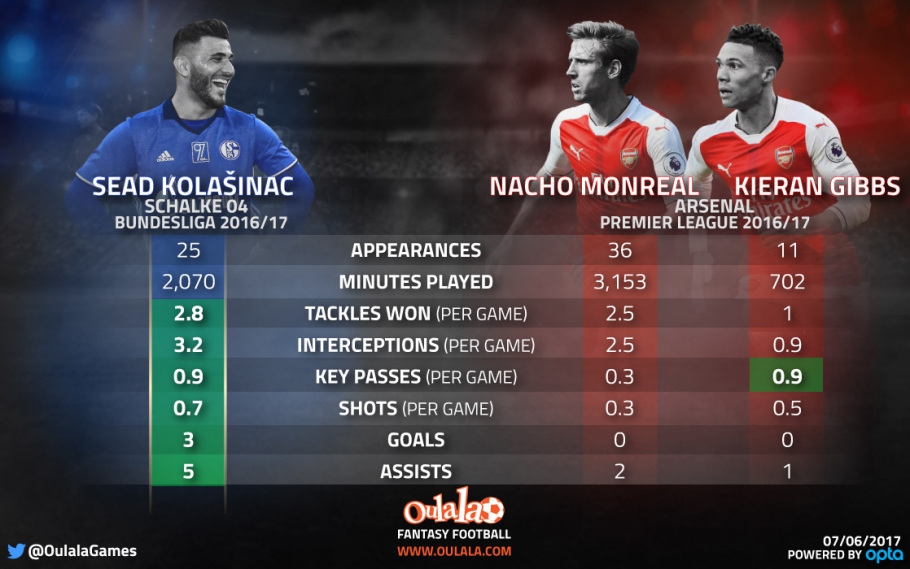 It looks like Kolasinac will overtake both in the pecking order pretty quickly.