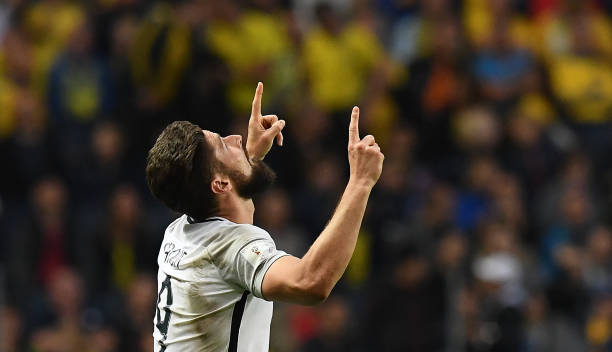 Four first-team players were in action for their respective countries on international duty, while some Ladies also featured during international friendlies.

It was a disappointing match for the French duo, as they eventually succumbed to a 2-1 defeat against Sweden in their World Cup qualifier. This despite Giroud netting a fantastic finish to break the deadlock after 37 minutes.

Hugo Lloris’s mistake in stoppage-time cost Les Bleus a point after Jimmy Durmaz equalised from close-range before the interval. Weak defending on the flank allowed him space to shoot and he made no mistake.

Xhaka started and completed the full 90 minutes during Switzerland’s 2-0 World Cup qualifying win over the Faroe Islands. It was the 24-year-old who, just like Giroud, broke the deadlock with an excellent individual effort.

Having been teed up by midfield teammate, Blerim Džemaili, he played a one-two before effortlessly skipping past two challenges on the edge of the area.

Then, he fired low and hard into the bottom corner whilst trying to maintain his balance. It was a well-worked finish and now he has netted six at international level since making his senior debut this time six years ago.

Although he was described as a doubt for this match, it was never going to stop the 28-year-old from playing altogether. Naturally, his presence on the pitch played a pivotal role in the build-up to Chile opening the scoring against Russia.

Having just come onto the field of play, he weaved past opposition challenges before instinctively playing an lofted through ball for Mauricio Isla to slam home past a sleeping backline.

Alexis with a brilliant assist against Russia just a minute after coming on pic.twitter.com/ZeHyM2se2s

His assist was a trademark one although it could not to help La Roja to victory. Viktor Vasin equalised ten minutes later during to claim a 1-1 draw for Russia.

De Donk and Miedema both started and came close on a few occasions, though Ayaka Yamashita in the Japan goal was equal to their efforts in the first-half.

Kumi Yokoyama netted the game’s only goal shortly after the hour mark, prompting urgency from the Netherlands in their quest to get back into the match. The goal itself was an absolute screamer, Yokoyama firing into the top corner from outside the box.

Miedema came off after 65 minutes, replaced by Jill Roord while Janssen was introduced with less than ten minutes left.

De Donk completed the full 90 minutes on a frustrating afternoon for Mandy van den Berg’s side – this result means they’ve only won one in their last six matches now.

Sari van Veenendaal missed out through injury although she was fit enough to be on the bench.

Granit Xhaka angry at being substituted on 100th cap