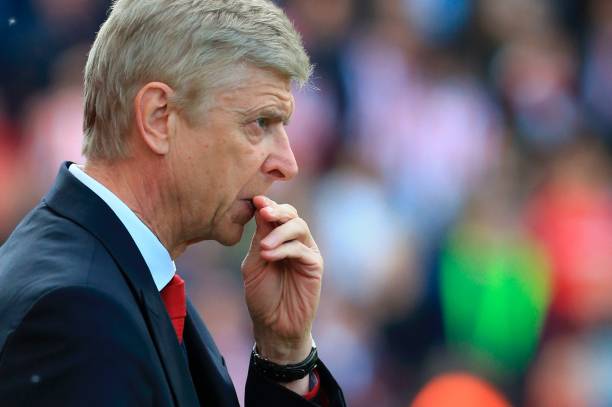 There are certain universal truths.

The sun will rise tomorrow. Water is wet. Arsene Wenger needs to strengthen the squad this summer.

Our fifth place finish ensures that’s not in doubt, but even had we scraped into the top four it has become an annual necessity to purchase new and improved playing staff just to keep pace.

Fifth place, despite a higher points tally than the one that earned us second place last year, simply serves to demonstrate that the improvements must be significant rather than incremental.

But the elephant in the room is a question none of us fully know the answer to: can we attract the top players we need without Champions League football?

How deep are your pockets Stan?

KPMG released a football rich list this week, placing Arsenal in sixth place, within touching distance of Manchester City a fraction above but just out of reach – a situation which feels like more than a touch of deja vu after this season.

The list, though, ranks clubs on value rather than financial clout, and with billionaire backers both City and 7th placed Chelsea can join United in outspending us in terms of both fees and wages.

Without Champions League football to offer, we may find ourselves in the position of having to “overspend” relative to a player’s value in order to prise them away from clubs who can offer them that European temptation.

Arsene is going to be so happy…

There is still a flip side to this strategy, though: a player who joins for money is just as likely to eventually leave for the same reason.

Paying enough money to both club and player is a factor in getting top players, yes, but for Arsenal it can never be a differentiator.

There’s always someone out there with deeper pockets.

We also know that Stan is unlikely to put his hand in his pocket to stump up any extra cash, so any lavish spending still needs to be highly targeted to get the most bang for our buck.

When the team sheet for a game is released, we’re all looking for those key names – the players we’re excited to see, ones we expect to make the difference.

The same excitement engulfs us when we first announce the signing of such stars.

But while you might hope they’d be a little less star struck, their new teammates also get excited about the prospect of playing with world class talents.

We have two indisputably world class players on our books – for the moment at least. Alexis’ future is anyone’s guess, but various tidbits of information relating to Ozil suggest the German is much less likely to leave. After all, he just had his driveway laid with new tarmac…

Each player is perhaps replaceable on purely footballing grounds, depending on the level of esteem you hold them in, but they have an additional importance.

Good players want to play with other good players. Let’s imagine that Alex Iwobi really steps up next season, and ends up being better than Mesut Ozil (a stretch, I know, but work with me for now). Top players would still rather join to play with the World Cup Winner than the young pretender.

Arsenal need to keep theirs to get more though the door.

But Mesut Ozil still joined at a time when we were distinctly lacking in proven top talent – why?

1There’s only one Arsene Wenger

Not everyone will want to work with the Arsenal manager, for sure.

After all, Jose Mourinho still manages to attract players despite being the managerial equivalent of a prison warden.

However, it’s no exaggeration to say that Ozil’s arrival owed a lot to our much-maligned Frenchman.

There are only a handful of managers in world football who command star quality of their own sufficient to draw top players. For all his perceived decline, Arsene is still one of them.

With six languages, a glittering trophy cabinet and a proven track record at developing players, young and old, our manager can still be most persuasive when push comes to shove.

If Arsenal are offering way below the market rate for a player, we’ve no chance of signing them. In that sense, money is the defining factor. But if we’re 10% out, or even offering the same pay packet, that’s when Le Professeur can make all the difference.

Over land and sea

Then of course there’s the most important factor: signing for Arsenal Football Club.

By far the greatest team the world has ever seen.

It should be enough to attract players the world over just for the privilege of pulling on the red and white.

Well, it’d be enough for me anyway…