AC Milan’s Carlos Bacca has been linked with a potential move to Arsenal and Milan are keen to offload the striker.

Carlos Bacca has been linked with a move away from Milan and possible destinations reportedly include Everton and Marseille, with Arsenal also mentioned on-and-off when there’s nothing else to chat about.

The 30-year-old played 34 games for Milan and scored 14 goals with five assists, his lowest goal tally since 11/12 season when he was still playing for Club Brugge.

The Colombian international spent his youth years on numerous loans at Colombian clubs before he eventually joined Club Brugge in 2012.

In 2013 Sevilla noticed his great talent and he went on to make 108 appearances for the Spanish club, scoring 49 before AC Milan came and bought him in the summer of 2015. 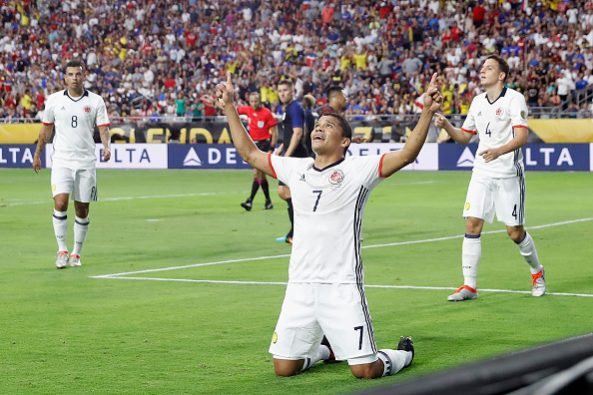 Bacca is a standard centre-forward and there are no doubts about what kind of player Arsenal would get. His finishing is his greatest strength and the Colombian likely to score when he gets a chance.

Almost all of his goals come from inside of penalty box and he could be best described as a poacher who has great technique but also enough pace and intelligence to find himself in all the right places.

In the building up of attacks he doesn’t rush to take a shot and if he isn’t in a good position he would rather pass the ball to his teammates than to try a shot for the sake of shooting. Perfect for Arsene Wenger.