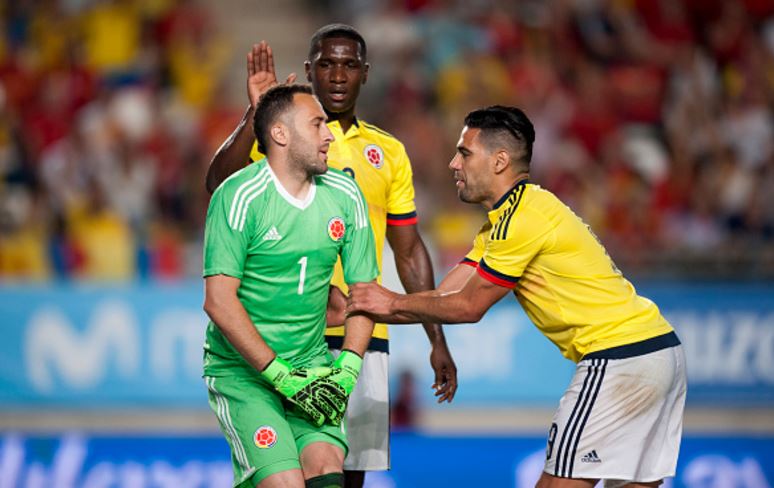 Three Arsenal players were involved in international duty for their respective countries on Wednesday evening. So how did they fare?

David Ospina was forced into a double save to deny David Silva from close-range after ten minutes. He got a hand to Silva’s next strike, but couldn’t keep it out as the Manchester City midfielder latched onto Pedro’s delivery to open the scoring.

Just like against Chelsea in the FA Cup final though, it was a goal that Ospina should’ve prevented and would’ve been disappointed with in truth.

He made a handful of other stops across the 90 minutes and if he had been quicker to anticipate, he probably could’ve stopped Alvaro Morata’s header from ensuring the sides were forced to share the spoils in a 2-2 draw on the evening.

Nacho Monreal meanwhile, came on as a substitute after the half-time interval. Replacing Barcelona’s Jordi Alba, he didn’t do much of note but would have been frustrated by a lack of positional awareness at Colombia’s corner from which Radamel Falcao punished both himself and Chelsea’s Cesar Azpilicueta to devastating effect.

Monreal wasn’t marking anyone and seemed stunned as James Rodriguez’s delivery was whipped into the area, which isn’t an encouraging sign for someone that Wenger has already stated is now more of a centre-back.

Judge for yourself, here:

Takuma Asano was a second-half substitute during Japan’s 1-1 friendly draw against Syria. Replacing goalscorer Yasuyuki Konno shortly after the hour mark, it was the 22-year-old forward’s 12th international cap but he wasn’t able to create much in the final third.

It’s yet another appearance off the bench which he’ll be hoping to change in future by impressing the coaching staff enough to start more regularly.