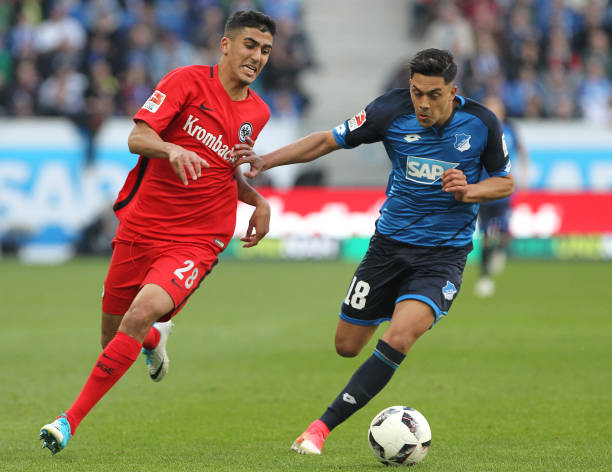 Hoffenheim starlet Nadiem Amiri has signed a new contract with the club, ending speculation that he could move to Arsenal.

Arsenal were believed to be closely monitoring Amiri but Hoffenheim have managed to convince him to sign a new three year contract, according to talkSPORT.

The attacking-midfielder has impressed for a Hoffenheim team that overachieved and finished in a Champions League qualifying spot last season.

His performances have resulted in interest from Arsenal but it seems that Champions League football was enough to convince him to remain with the German outfit.

Amiri played 34 times for Hoffenheim in 2016/17, scoring two goals and making four assists. The former Germany U21 international can play as an attacking-midfielder, central-midfielder and left-winger.

Borussia Dortmund and Borussia Monchengladbach were believed to be also looking at him. Amiri represented Germany at youth level but has since committed to playing for Afghanistan, the country of his parents’ birth, in the senior set-up.

While set to miss out on Amiri, Arsenal are interested in a host of midfielders this summer and are expected to strengthen the squad accordingly in the coming weeks.