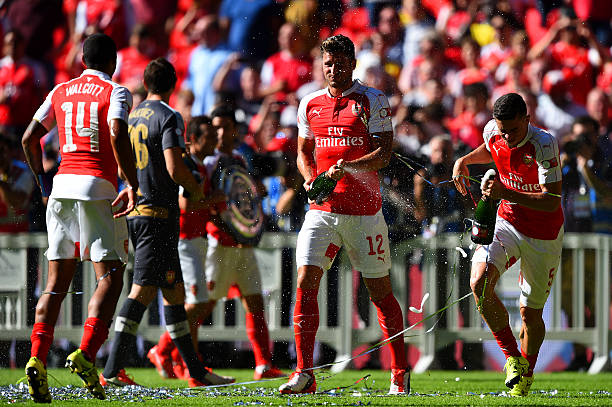 Ahead of the 2017/18 curtain-raiser at Wembley, Arsenal as FA Cup winners are set to face Premier League champions Chelsea in the first week of August.

An update on tickets and TV scheduling was announced by the Blues, as well as an official date and time for kick-off. Arsenal finally confirmed things from their end some hours later.

The Community Shield will kick-off at 2pm (BST) on Sunday 6 August. It’ll be shown live on BT Sport, as it has been for the previous three seasoms.

Each club will receive approximately 28,300 tickets and it’ll be one of three meetings in quick succession between the London clubs as they are set to meet in Beijing during a pre-season friendly in July, whilst Stamford Bridge hosts the Gunners on matchday three in September.

Arsenal have won the Community Shield on 14 different occasions, their most recent victory being a slender 1-0 win over Chelsea in 2015. Alex Oxlade-Chamberlain’s solo strike saw the north Londoners earn a hard-fought win despite being unfancied as usual against tough opposition.

Antonio Conte’s side will be keen to exact revenge after a frustrating 2-1 cup final defeat last season, making this encounter all the more intriguing ahead of the new Premier League season.

Arsenal fans will be in the east end of the stadium, the same end they occupied during their last visit to Wembley in May.