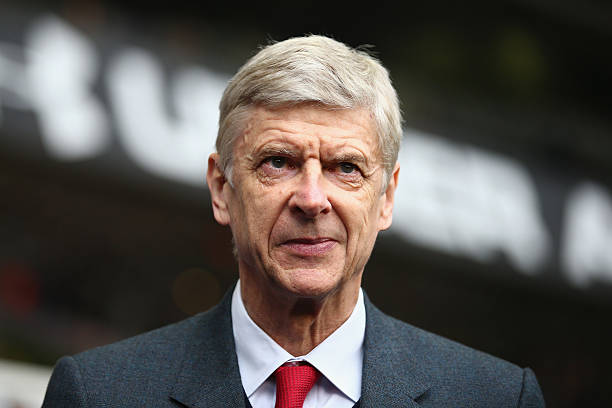 Arsene Wenger has signed a new two-year-deal with the club today, which means he’ll be around to 2019 at least.

The club have, perhaps, taken the most sensible course of action in the circumstances. It’s clear that they weren’t prepared for life after Wenger and a change of manager now would have been far too big a change too soon. I imagine it would have taken months to get everything sorted.

However, the circumstances are far from perfect. Arsenal cannot continue to ignore its outdated model and must have the proper structures in place by the time this new deal expires. They must give the new manager – whenever he arrives – the perfect conditions to do his job in.

That means that Arsenal shouldn’t spend the next two years in blissful ignorance that Wenger will make everything okay. The transition from Wenger to a new manager has to start now, otherwise we’ll be in the same situation this time in 2019.

Sections of the fanbase have become disillusioned with the club and Wenger staying will have done nothing to rekindle their hope. In extending Wenger’s contract, Arsenal have ignored young, talented managers such as Thomas Tuchel and Leonardo Jardim. A genuine opportunity to start anew has passed them by.

For some, though, it’s a case of “better the devil you know”. Wenger isn’t perfect but he’s familiar and consistent. The possibility of the club making a David Moyes-like appointment and sinking further down the table has been put off for at least another two years.

Granted, Wenger has a huge job to do to ready his squad for next season.

His immediate concern will be to convince the likes of Alex Oxlade-Chamberlain, Mesut Ozil and Alexis Sanchez to stay at the club. Arsenal need these players to stay if they’re to reclaim their spot in the top four.

Decisions will also have to be made on Jack Wilshere, Aaron Ramsey and Kieran Gibbs, who’s contracts also expire in 2018.

Wenger has already said that he doesn’t intend to overhaul the squad, and that he plans on adding just “one or two more”.

Whether that “one or two more” includes Saed Kolasinac and Henry Onyekuru remains to be seen, but it seems Wenger doesn’t see the need for major squad repair despite finishing well behind Champions Chelsea last season.

It could be that player departures will force him to buy more. David Ospina, Laurent Koscielny, Hector Bellerin, Nacho Monreal, Alexis Sanchez, Mesut Ozil, and Olivier Giroud have all been linked with moves away from the club. Losing any one of these players would certainly require a replacement to be brought in.

But Wenger loves squad continuity and will believe he’ll have enough at his disposal to succeed in the league and negotiate the Europa League.

This could be the most crucial summer of Wenger’s career. A poor transfer window will do little to unite a fractured fanbase and quell the unrest going into next season. The relationship between the fans and the manager is a volatile one. A couple of poor results will set people off.

On the other hand, a strong transfer window will offer fans hope of a good season. While the club should never sign players to appease the fanbase, it would go a long way towards relieving the pressure on the manager. As would, of course, continued improvement in the team’s performance.

We’ve seen enough of Wenger over the years to know that escaping the Arsenal Cycle – the good start, the inevitable fall, the recovery – is an improbable task. Two more years of same old-same old would be the second worst outcome of this new deal. The worst would be falling behind our rivals even more.