It’s every Arsenal fan’s favourite game of the year – Stoke away.

The 3-1 win at the Emirates in December will have absolutely no bearing on this match at a ground Arsenal can’t buy a win. We haven’t won there in the league since 2010 and have only scored twice in our last five trips.

So, with that in mind, here’s what has happened to both sides since the last played each other at the end of 2016…imagine losing the same number of games as the Orcs! 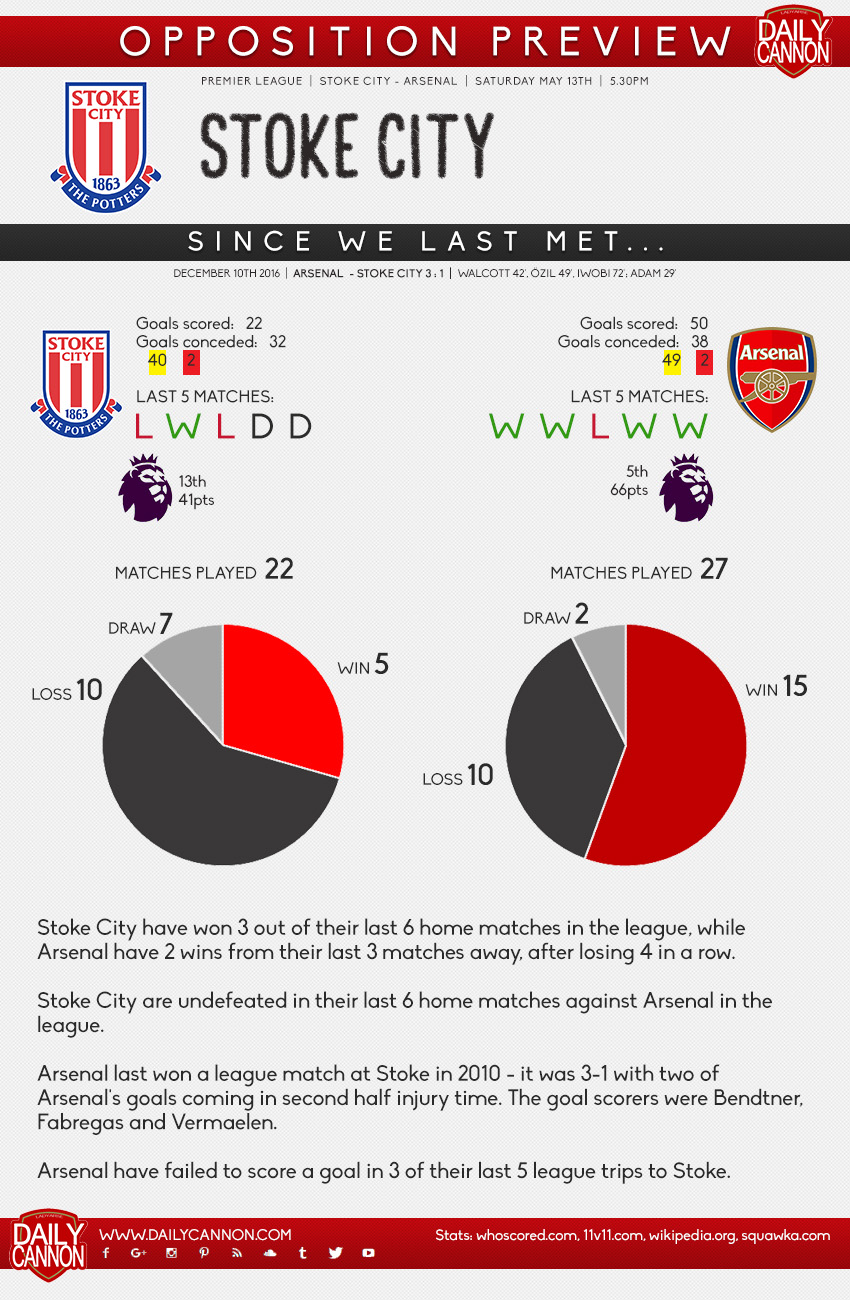