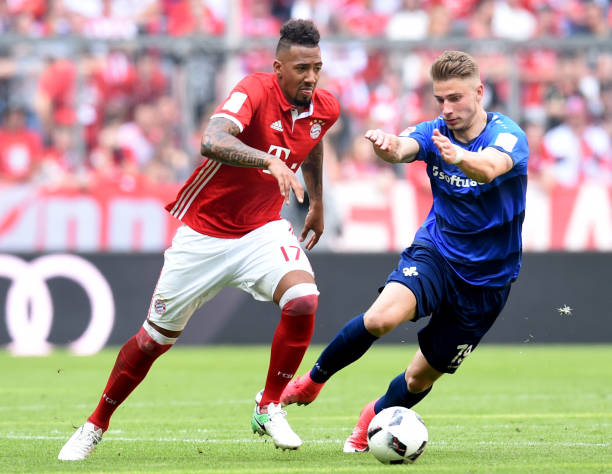 According to reports in the Daily Star and TMW, Arsenal are interested in Bayern Munich defender Jerome Boateng.

The 28-year-old, who has only managed to play 11 Bundesliga fixtures this season, has been plagued by a range of troublesome injuries which have ruined his opportunity to feature on a weekly basis.

He’s sustained eight different injuries since the start of this campaign including two shoulder issues and two muscular complaints.

The centre-back has requested a formal meeting with the Bayern board to clarify his position in the side and, as a result, speculation about his future has begun to rumble.

Unsurprisingly, our north London rivals Tottenham are also said to be monitoring his situation. He’s still got four years left on his current contract, so if a deal was to be completed this summer, he certainly wouldn’t be a cheap purchase.

Even though his progression has been regularly halted this season, this has been the worst for injury setbacks during his playing career. It’s likely that with the right medical specialists, he could return to his best – something which both London clubs would undoubtedly benefit from, as he nears the peak years of his career.

It’s likely to take a bid in the region of £35m to force Bayern to consider the possibility of selling him, having been at the club for seven seasons now. Niklas Süle is set to join this summer and the talented 21-year-old could slot seamlessly into a void left by Boateng, should he decide to depart for pastures new.