According to a report from The Times, Manchester United spent the highest amount of money on wages per point won.

The analysis of financial reports from the 17 clubs that have stayed in the Premier League shows just how big is the difference between the big-five and the rest of the league.

Title-challenging (lol) Totenham, with a wage bill of £104.6m, have won the most points per £1m spent on wages, with each of their points coming at a cost of £1.30m.

Sixth-placed Manchester United are at the bottom of the list with the most expensive points in the league. The Red Devils have paid £3.57m per point and also have the highest wage bill in the league at £232.2m.

An interesting comparison arises between Sunderland and Everton, two clubs with almost identical budgets of £84m.

Regarding Arsenal, with a wage bill of £195.4m, they rank just under Manchester City as the fourth worst side on a pounds-per-point basis. 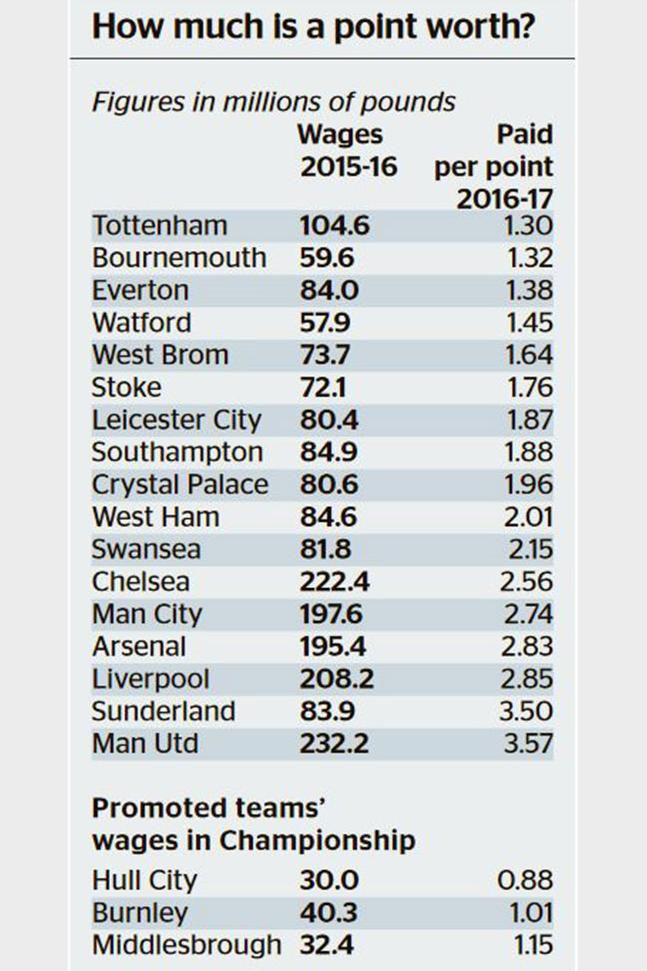