Well, no matter how much he can frustrate at times, with his poor passes and running into defenders, Alexis Sanchez is one hell of a goal scorer and we’re very lucky to have him. 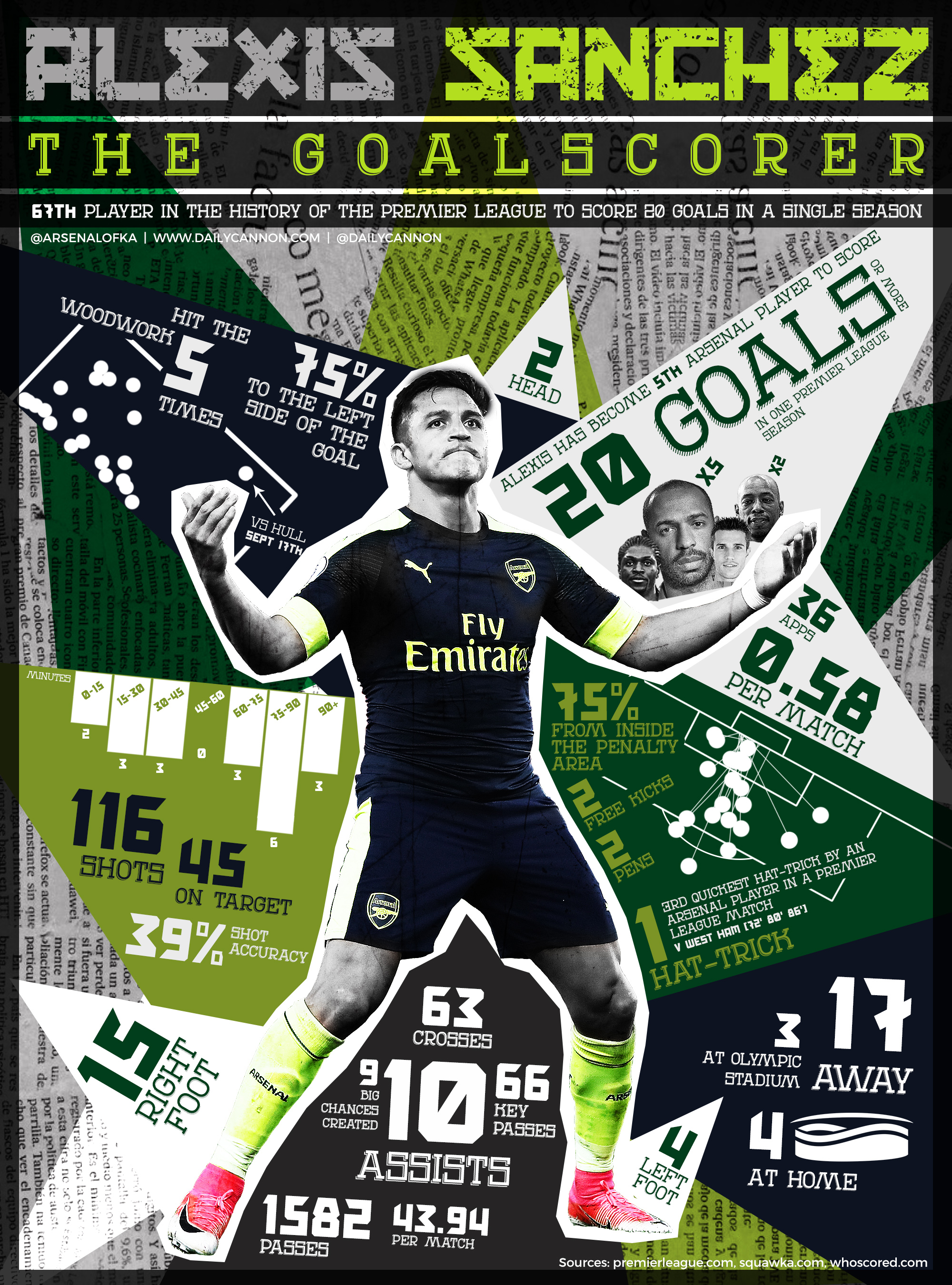 This season Alexis has entered the exclusive club of Arsenal players who have scored 20 or more goals in one Premier League season.

It’s definitely not an easy thing to do, especially if you are not playing as a centre forward most of the time.

Not only that, Alexis also managed to get into the cool club of players who have double figures in goals AND assists in same season. His 10th assist came against Stoke, along with his 21st goal.

Alexis is very right-footed so the vast majority of his goals have been scored with his beloved right foot, to the left side of the goal.

Most of them were also scored from inside the area, with only two penalties – a number that is usually higher for other top goal scorers both in the Premier League and other competitions.

One stat that really fascinates me is the fact he has scored only four goals at the Emirates – which is only one more than than he scored in 14 minutes at West Ham’s Olympic Stadium.

Imagine if he was as inspired at home as he is away!

There are more stats in the infograph above, which I’m really proud of because I was trying to do something a bit different and out of the box for me…

Are Arsenal fans being unfair to this player?

5 Arsenal stories you must read this weekend

Where did it go wrong? Mesut Ozil’s Arsenal timeline