Quite a lot has happened since Arsenal lost at Goodison Park back in December, and you could rightly point to that defeat, coupled with the game against City, as being the turning point of Arsenal’s season.

One thing you can certainly expect from this game is goals.

Here’s what’s happened to both sides since that 2-1 reverse before Christmas: 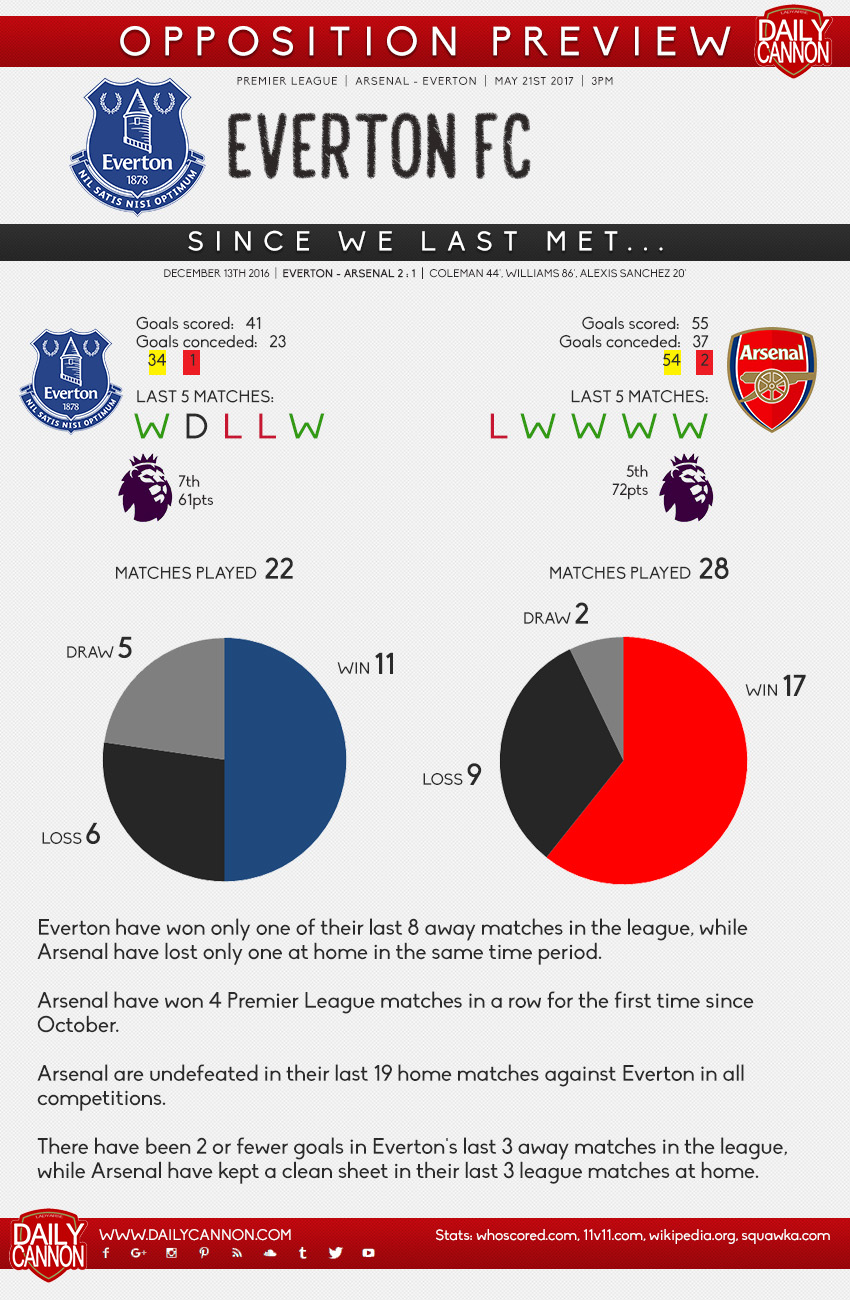